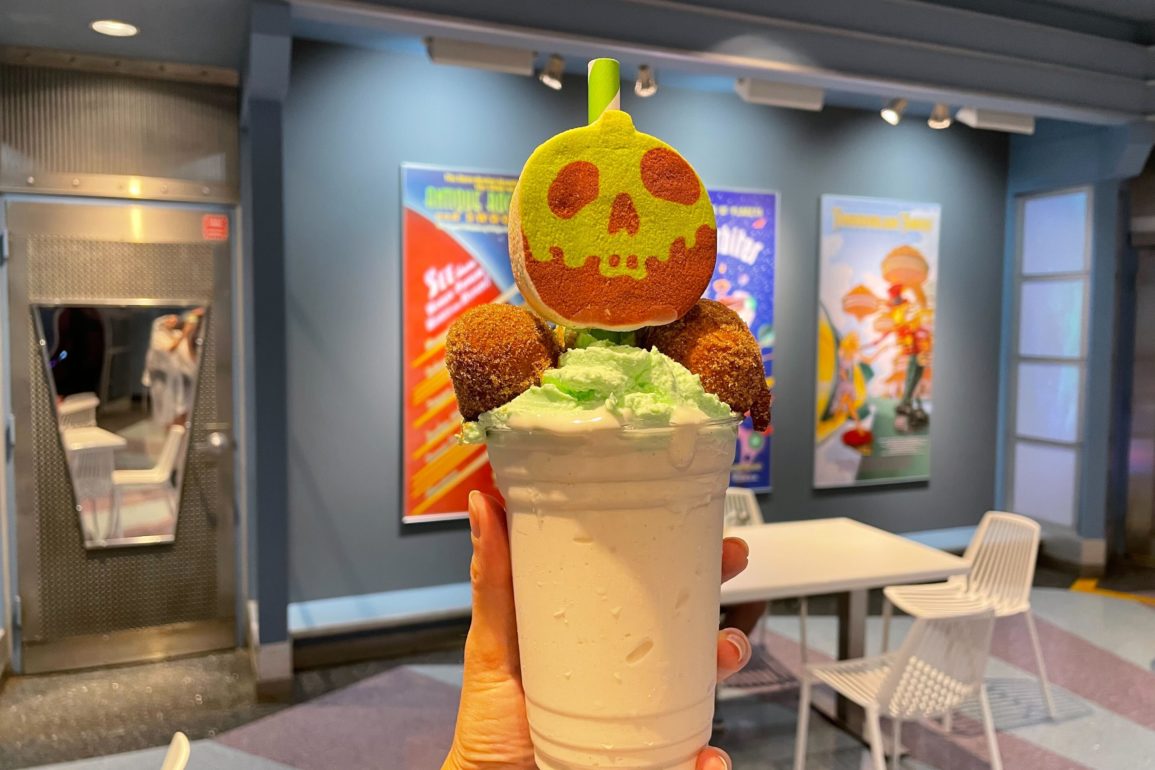 In previous years we’ve seen the Not-So-Poison Apple Cupcake available during Mickey’s Not So Scary Halloween Party, but for the 2022 party Auntie Gravity’s Galactic Goodies put a new spin on the treat and turned it into a milkshake!

This is definitely skippable. It has a lot of weird flavors that don’t really work great together. The milkshake is thick and has a good creaminess, but it doesn’t taste like apple. It’s got a weird synthetic taste.

This treat is available only during the Halloween party, however, the Sweet Candy Corn Soft-serve Swirl Cone also available at this location is sold during regular park hours and party hours.