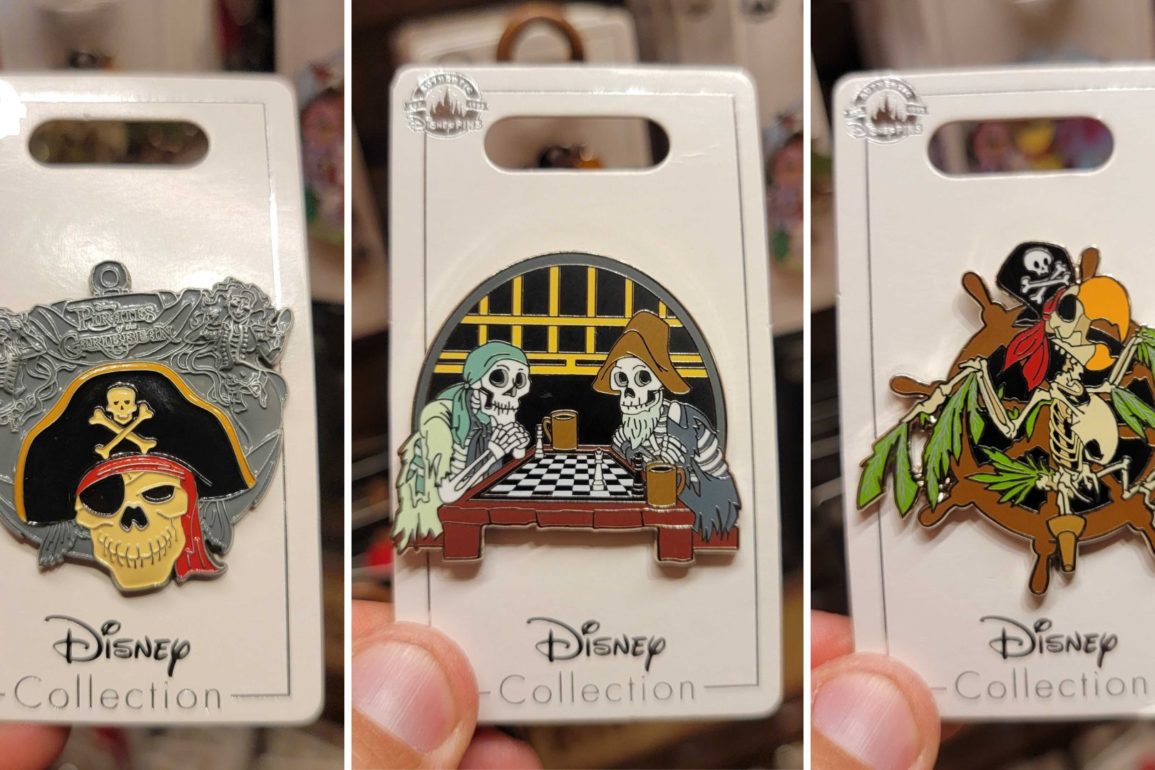 We first found all of these in Kingswell Shop at Disney California Adventure.

This pin features a skull wearing a pirate hat, bandanna, and earpatch. Two swords are next to it and a banner reads, “Living that pirate life.”

This pin features a skeletal pirate looking through a telescope in a crow’s nest. The flag sailing from the mast is black and tattered, reading, “Disney Pirates of the Caribbean.”

On this pin, two skeleton pirates are locked in a stalemate during a game of chess in this scene from the Pirates of the Caribbean queue.

This pin has a skeleton parrot with a pegleg, pirate hat, and eyepatch. A handful of green feathers remain on his bones and he’s set against a ship’s wheel.

Finally, this pin features another pirate skull in color against a silver background, with is etched with mermaids.

Check out this new Pirates of the Caribbean magnet and Loungefly ears, too.

Mariachi Cobre Band Director Featured on New USPS Postage StampAugust 21, 2022
Artifacts from 'Indiana Jones' Are Now Available at Walt Disney WorldAugust 12, 2022
PHOTOS, VIDEO: See Behind the Scenes with Lights On Inside Pirates of the Caribbean at Disneyland Pa...July 29, 2022