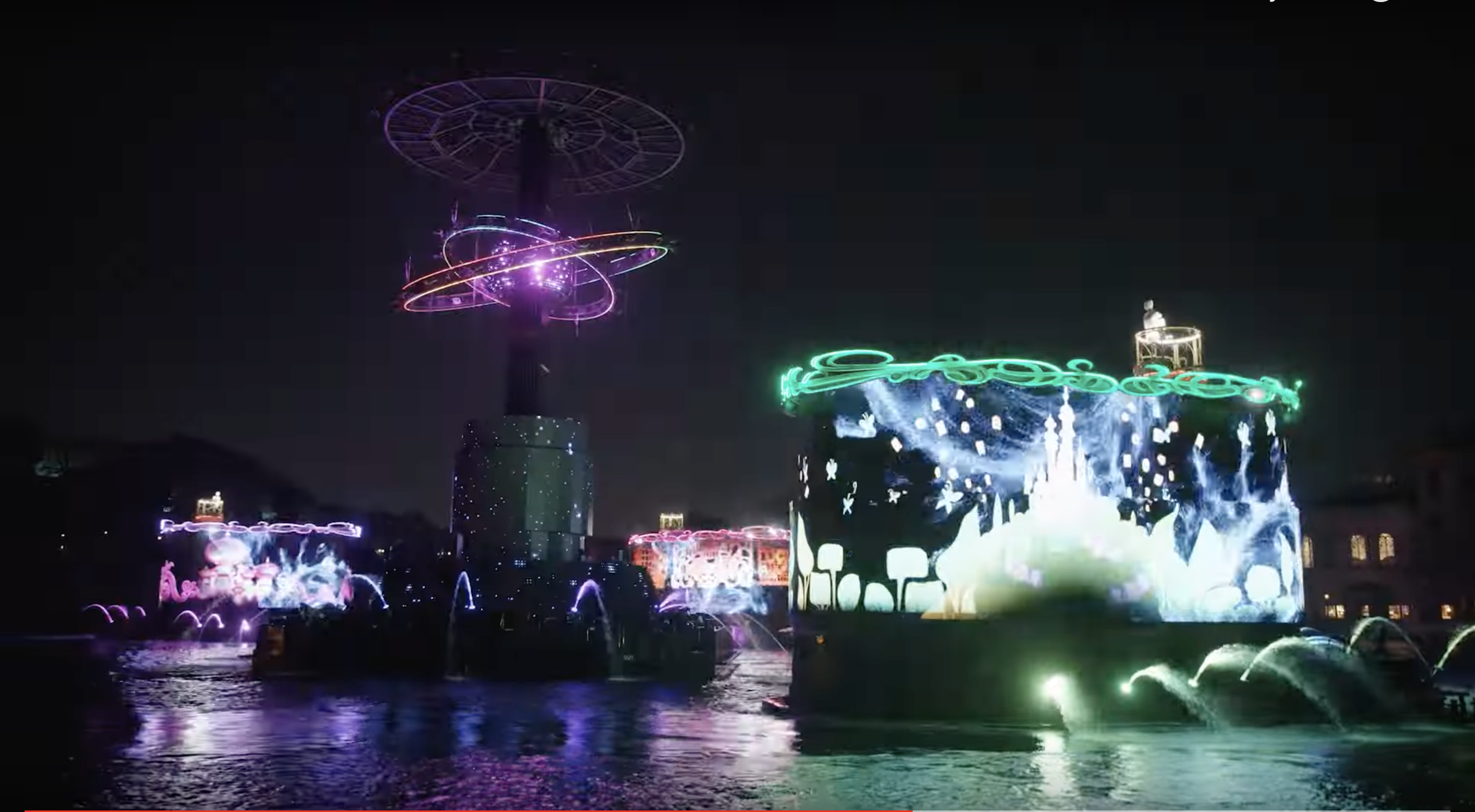 As the countdown continues to the debut of “Believe! Sea of Dreams”, the latest nighttime spectacular to grace the waters of Tokyo DisneySea, the Oriental Land Company has shared a first look at the rehearsals for the show.

You can watch the full thirty-second video above.

The first scene shows one of the wrap-around screen barges in the dock behind Soaring: Fantastic Flight with its access door open for dancers and characters.

Next, we see a test pattern on one of the screen barges.

The first in-park shot shows the Jolly Roger, which sails around the harbor with an LED screen sail, similar to the “Peter Pan” float in Tokyo Disneyland Electrical Parade: DreamLights.

Finally we see all four screen barges along with the central tower at the harbor’s center during a full rehearsal of the show.

The barges display images of different Disney films while the central tower shows off a galaxy-like pattern.

More imagery appears on both the towers and the screen barges.

Finally, an all-overhead shot shows the top ring of the center barge lit as the screens around the middle show images. The four screen barges circle the harbor along with the Jolly Roger.

“Believe! Sea of Dreams” is set to finally debut at Tokyo DisneySea on November 11 after a yearlong delay due to uncertanties related to the COVID-19 pandemic situation in Japan. The show transforms the waters of Mediterranean Harbor into the Sea of Dreams—a place filled with “wishing stars” that appear whenever someone makes a heartfelt wish.

Are you excited to finally see a nighttime spectacular return to Tokyo Disney Resort? Let us know in the comments below!