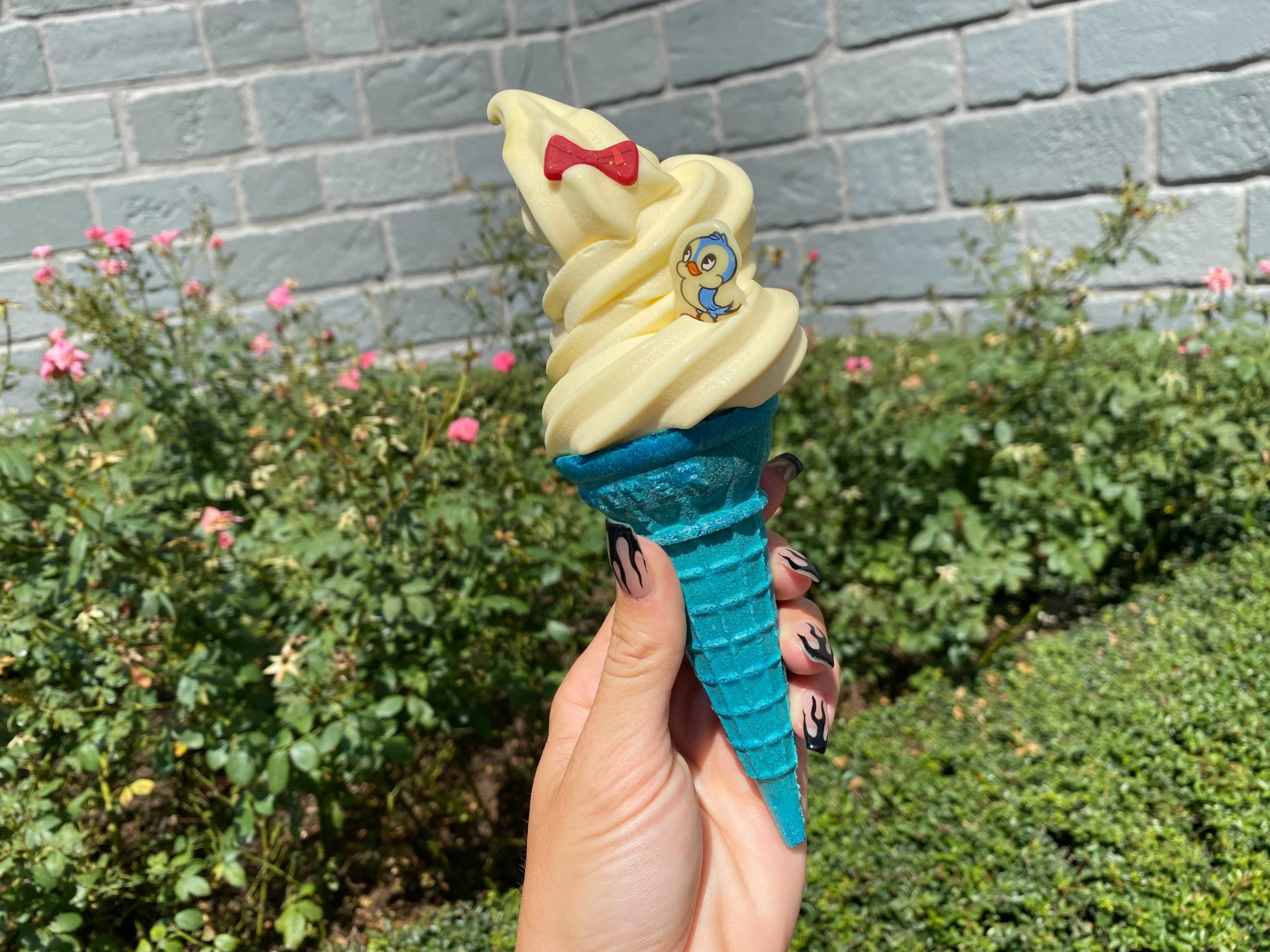 Originally one of the treats celebrating the 50th anniversary of Walt Disney World, the Snow White Cone has returned to Storybook Treats at Magic Kingdom for World Princess Week through August 27.

Storybook Treats is located next to The Friar’s Nook in Fantasyland.

This is a light and refreshing snack.

The occasional crunch from the two garnishes is nice, and they add a sweetness to the slightly tart lemon.

Though the cone is blue, it is just a basic sugar cone.

It’s a simple snack, but it’s nice on a hot day and makes for a cute picture.