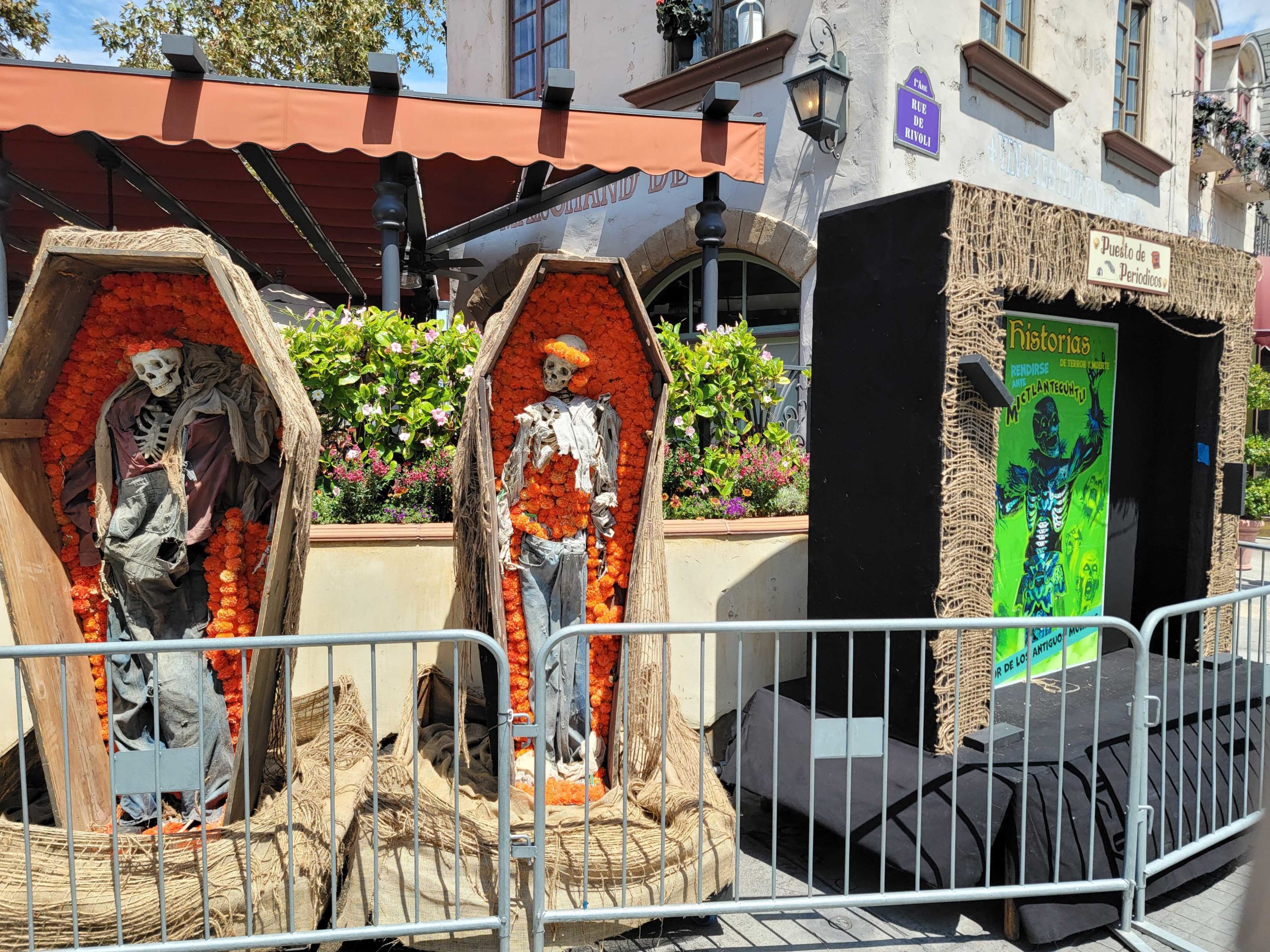 As preparation continues, Universal Studios Hollywood has a sign at the park entrance to warn guests about the potentially scary imagery.

We are in the process of dressing our Park for Universal Studios Hollywood Halloween Horror Nights. During your visit, please be aware that you may see graphic props and sets from horror films.

Near the Animal Actors stage, several unique scarecrows are now warning guests to turn back from a haunted forest.

The scarecrows have wooden signs on posts decorated with Christmas lights.

This figure has a goat’s head and holds two horns in its hands.

Other figures have jack-o’-lantern heads. One has a noose hanging around its neck.

This antlered beast arises from the ground near a pile of bones.

A matching statue has a themed wooden sign directing guests to the nearby Minion Café.

Outside the La Llorona: The Weeping Woman house will be the El Pueblo del Terror scare zone.

There are several open coffins with skeletons surrounded by orange marigolds inside.

The posters sit framed in burlap-covered structures with “puesto de periodicos” (newspaper stand) signs at the top. The above poster features El Charro Negro, “a ghost that only rides at night,” from Mexican folklore. El Charro Negro wears a mariachi suit and sombrero. In the background, he’s riding a black horse.

This poster features El Cucuy, The Coco, a bogeyman who goes after disobedient children.

Of course, El Chupacabra is featured on one of the posters.

This famous monster is depicted as a humanoid figure with claws and fur.

One poster features all of the comic book covers around a “puesto de periodicos” sign.

Check out the full list of haunted houses and scare zones coming to this year’s Halloween Horror Nights in Universal Studios Hollywood.