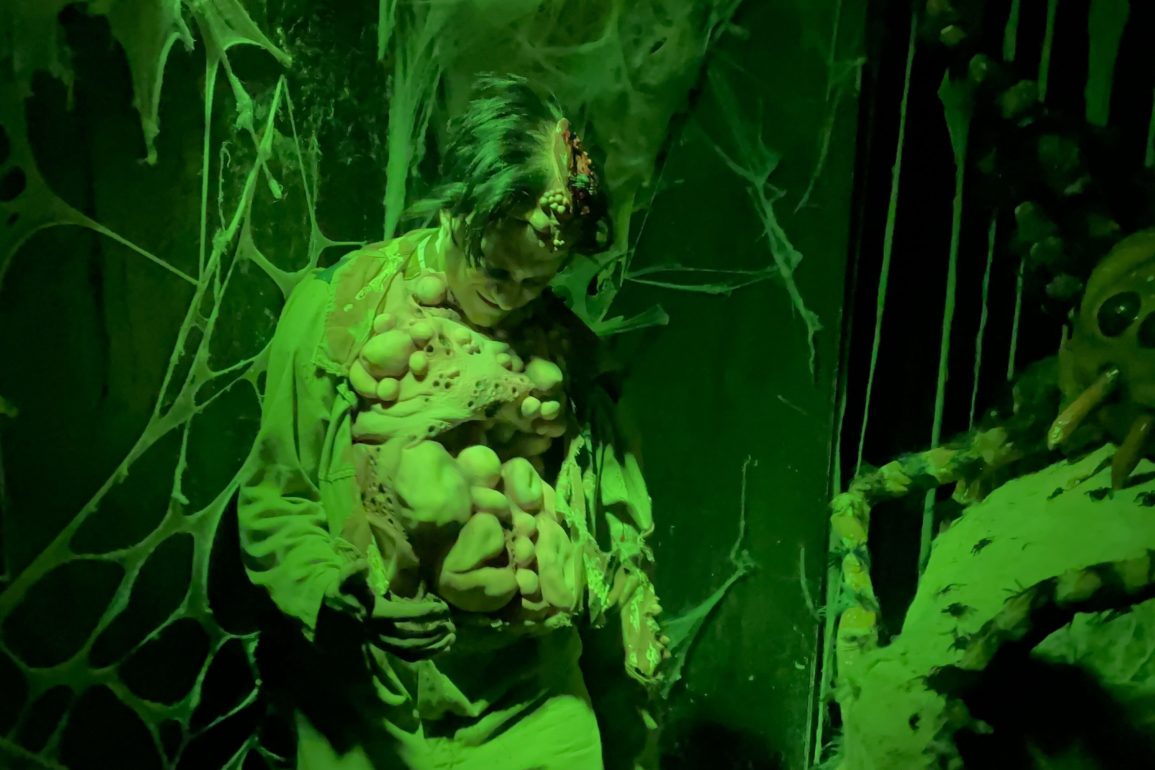 Spiders and cockroaches and centipedes, oh my! If you’re like millions of other humans, you’re probably afraid of at least one type of insect (there’s a reason they are called creepy crawlies, after all). Step into Bugs: Eaten Alive and face your fears at Halloween Horror Nights 31.

The official description reads, “While touring a 1950s home of the future, you’ll be surrounded by the slime of bugs everywhere as hordes of many-legged terrors descend upon you and your scream squad. You’ll be dropping like flies.”

The home of the future is part of a world’s tech fair (fittingly, since the entrance is next to Men in Black Alien Attack, one of the last vestiges of World Expo), and (also fittingly), we enter pavilion 31 for Buzzcon’s Exterminair of the Future. The product claims to heat and cool your home while exterminating all the insects.

The bugs grow and mutate as you go. Flies, roaches, spiders, maggots, larvae, bees, honeycomb, wasp nests, holes with maggots inside, they’re all taking over the house.

Clearly this year’s comedy house. It perfectly captures 1950s consumerism and also giant bug b-movies of the time with oversized creatures throughout. Don’t worry, there’s also plenty of small creepy-crawlers throughout, but those not absolutely losing their **** will get a great big laugh from the campy giant bugs. The first room captures every nostalgic misconception of the time period, with a mid-century modern home filled with fun bug references. The house then descends into anarchy, but Eagle-eyed house-goers will continue to spot thoughtful nods to the time. This house is sure to be one of our all-time favorites meant to cause laughs along with screams.