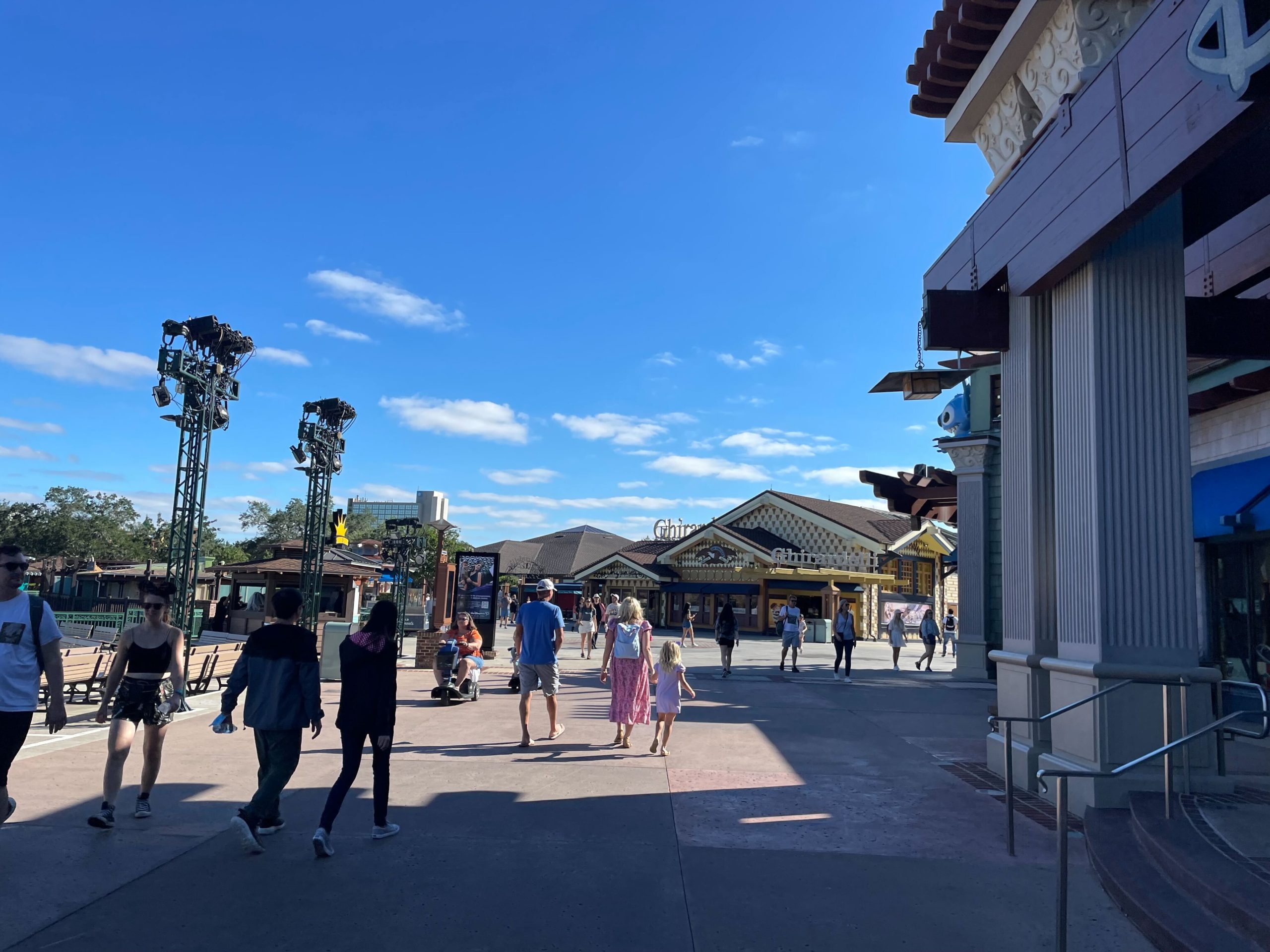 Disney Springs has reopened to the general public following Hurricane Ian, the first part of the resort to open entirely to the public.

Disney Springs and the Walt Disney World parks have been closed for the past 2 days, and we are excited to see a return to operation within the resort. While Park Passes are not available to non-guests, we have seen the reopening of EPCOT, Hollywood Studios, Magic Kingdom, and Animal Kingdom to those who have previously made Park Passes as well as resort guests.

When we arrived at Disney Springs, we noticed everything seemed to be in good shape, though we were informed that the parking garages, Orange and Lime, would remain closed until 10:00 A.M. The screens are not damaged, and appear normally in-person.

We were able to park in the Lime garage at 10:00. While there was a line to park, Cast Members were not allowed to let people through until the opening time.

When we were able to get in, we noticed that the Lime garage had no damage from the hurricane. There was no issue finding parking given the limited crowds.

One of the only spots with noticeable damage was Earl Of Sandwich, which had some of the letters on its sign damaged due to Hurricane Ian.

The flags near the front of The Boathouse were removed, however, ones to the side remained in place.

Disney Springs was very crowded, likely due to being the only place available for non-resort guests. It appears most people were missing Walt Disney World, and returned where they could today.

The crowds continued at the Star Wars Trading Post, with 2 Cast Members available to assist the many visiting guests.

The longest lines by far were at Guest Relations, with people attempting to resolve issues caused by Hurricane Ian.

The Disney Ticket Center at Disney Springs had a line stretching to nearby shops such as ZARA.

The crowds continued at Disney’s Days Of Christmas, with people filling the store.

The Starbucks in The West Side of Disney Springs is closed, however, the Starbucks near World Of Disney is still operating.

The Aerophile Balloon was temporarily unavailable, however it appears that Cast Members are preparing for the experience to return.

The Sassagoula River Cruise, which runs between Disney Springs, Port Orleans Riverside, and Port Orleans French Quarter, was not operating today, with the boats being secured to the docks.

Star Wars Galactic Outpost was closed, but is expected to reopen soon.

Overall, Disney Springs was largely undamaged, but very busy with guests wanting to return to Walt Disney World Resort. Most guests would never realize Disney Springs was recently hit by Hurricane Ian, as it has been cleaned quickly and thoroughly.