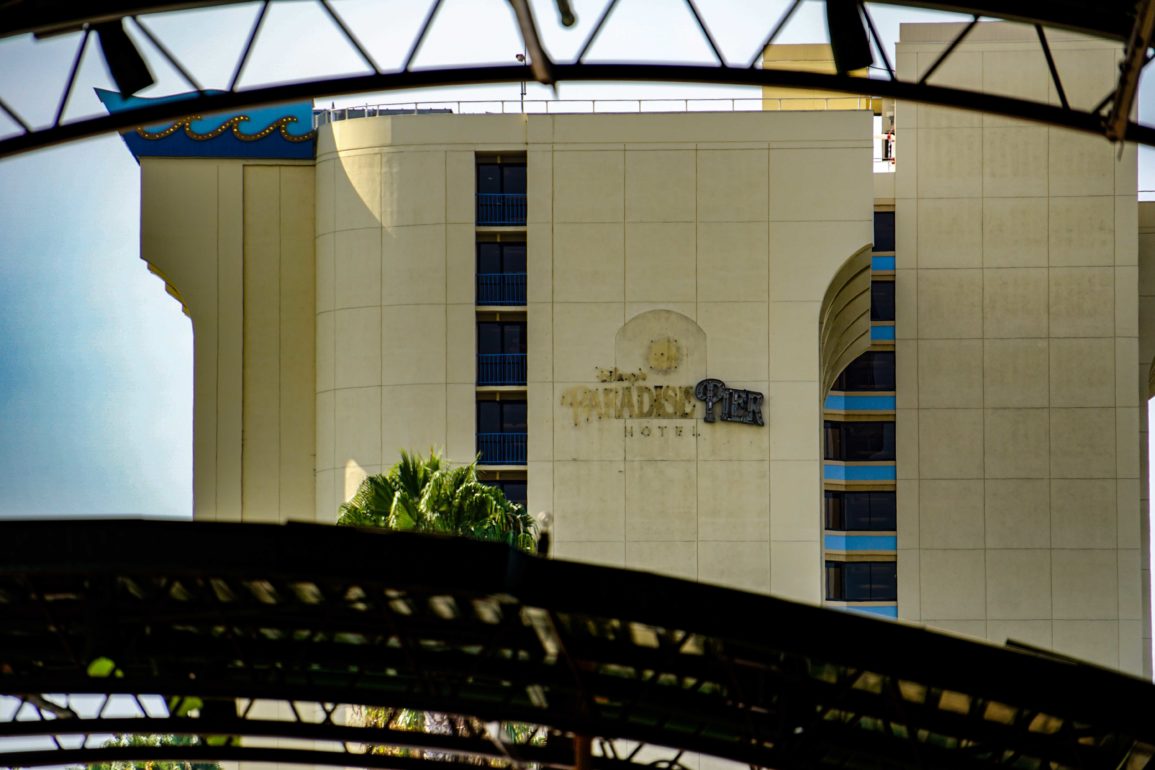 As part of its ongoing transformation, the sign on Disney’s Paradise Pier Hotel has been removed.

The hotel has had most of its exterior elements removed as it’s being rethemed to the art of Pixar.

Currently, only the “Pier” part of the sign has any portion left on the building.

Though it’s unknown if a name change will be part of the retheme, the hotel is the only location left at the Disneyland Resort with the Paradise Pier name. In 2018, most of Paradise Pier at Disney California Adventure became Pixar Pier, with the remaining sections incorporated into Paradise Gardens Park.

Below, you can see concept art of how the hotel will look with its new Pixar decorations: