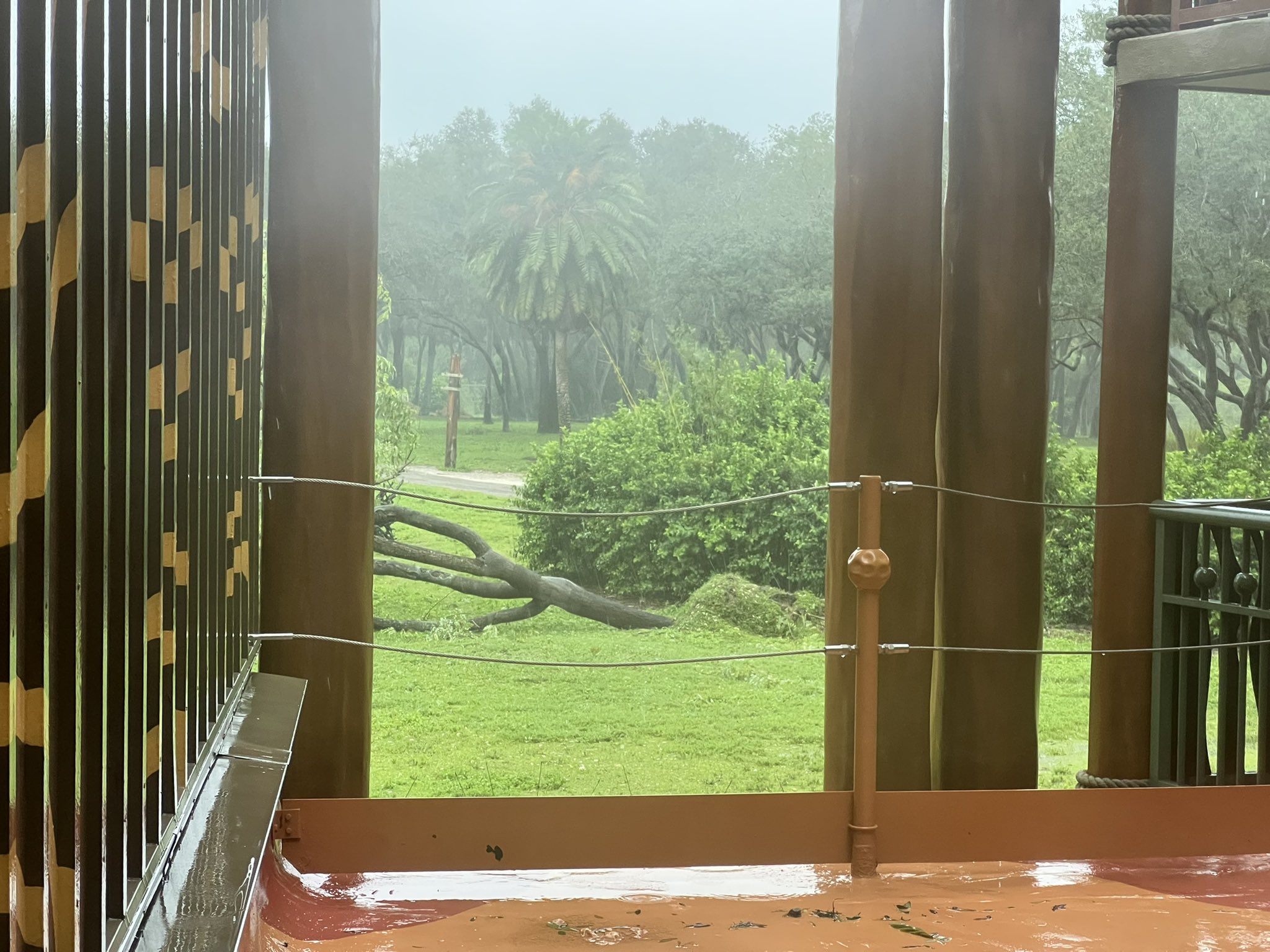 At Disney’s Animal Kingdom Lodge, we saw a tree down in the savanna, but no other damage. Animals were taken indoors for safety.

Hotel guests were asked to shelter in their rooms at 9:00 p.m. last night.

There was some leaking in this low area of the lobby, but no flooding.

WESH 2 shared a video of the flooded road just outside the Walt Disney World Swan and Dolphin hotels.

Two exterior panels of Disney’s Contemporary Resort fell off, as shown in this tweet from Grain & Spirit. A panel was sitting on a guest room balcony.

Timothy Malone shared photos from Disney’s Grand Floridian Resort. Some shingles were blown off the roof of the wedding chapel and the roof of one of the hotel buildings.

Instagram user tigervillec shared a video of a large exit sign that had been blown over on Walt Disney World Resort property, partially blocking World Drive.

They also shared footage of the entrance to Magic Kingdom parking, where green lights remain on and no damage is visible.

Twitter user Nick Mantegani shared a photo of a tree down at Disney’s Coronado Springs Resort, between the Cabanas and Ranchos buildings. The tree doesn’t appear to have hit any buildings.

While things seem relatively fine at Walt Disney World Resort, we don’t yet know if there is any damage inside the parks. Other areas in central Florida saw more severe flooding, and Universal Orlando Resort has seen some damage.