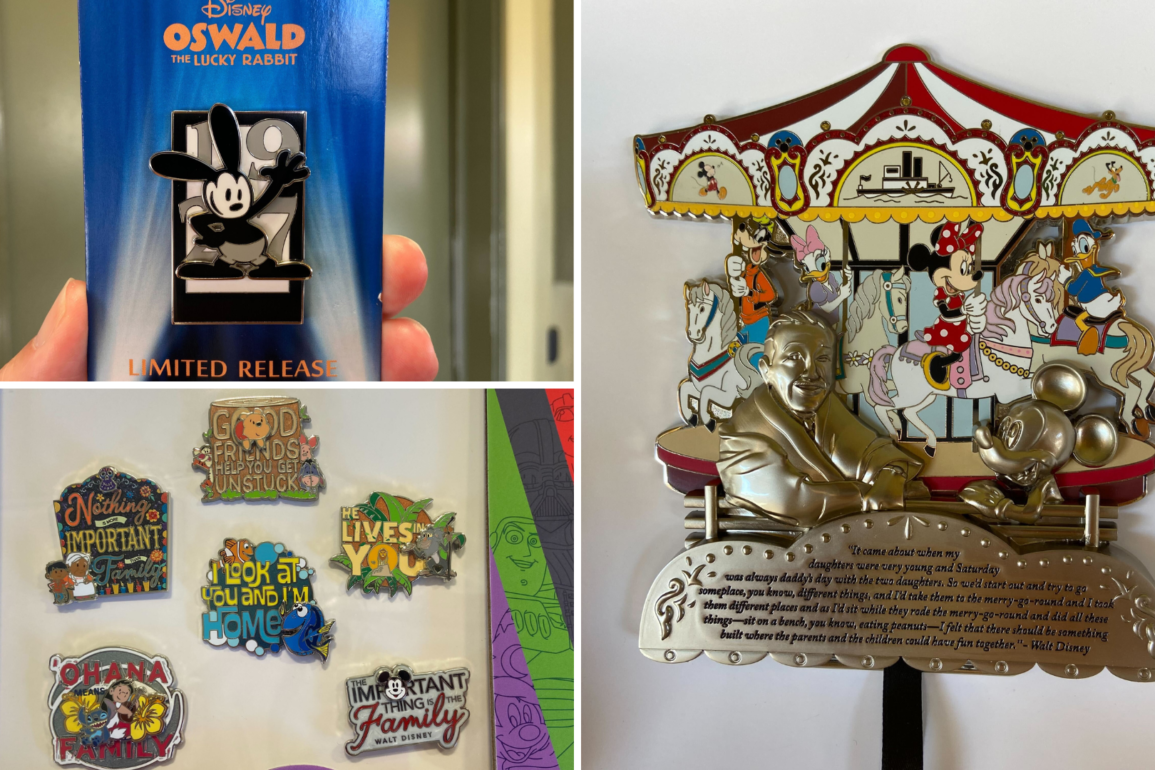 Today we found several new Limited Edition and Limited Release pins at Disneyland, even a few featuring Oswald the Lucky Rabbit! Let’s check them out!

We found three Limited Release Oswald the Lucky Rabbit pins! This one shows Oswald in blue shorts waving hello in front of a film reel.

This black and white pin showcases Oswald in front of the numbers “1927”, signifying the year Walt Disney created Oswald.

This larger pin shows Oswald holding a production slate that says “Oswald the Lucky Rabbit”. The circular piece behind him has multiple all-white iterations of Oswald — and it spins!

When you purchase this pin you are actually not sure which pin you are getting from this fall-themed mystery pin set!

The ten pin designs feature Disney characters playing in fallen leaves. You might get Lucky from 101 Dalmations, Marie from Aristocats, Figaro from Pinocchio, Bruno from Cinderella, Copper or Todd from The Fox and the Hound, Simba, Stitch, Pluto, or Nana from Peter Pan!

Now that the “One Family” pin trading weekend has wrapped up, we are starting to see some pins from the event in Disney Parks.

This Limited Edition set is a run of 300.

This “One Family” jumbo pin centers around Walt Disney.

This pin centers around Walt Disney and Mickey Mouse sitting on a park bench with other Disney characters riding the merry-go-round behind them.

The pin displays a quote from Walt Disney describing how his daughters riding a merry-go-round inspired him to build Disneyland.

This Limited Edition pin is one of 500.

Next
Signage Removed, Interior Gutted at Cool Wash in EPCOT