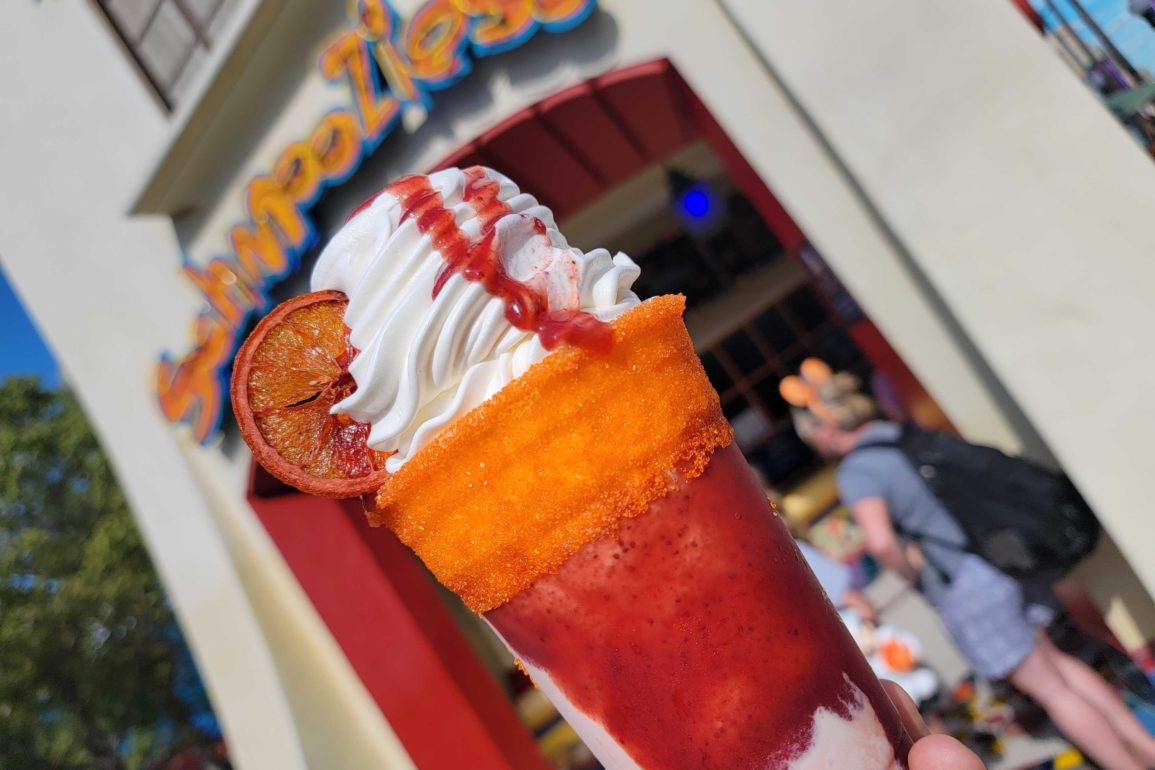 The Minnie Witch Shake has returned to Schmoozies at Disney California Adventure for Halloween Time 2022, alongside the new Blood Orange Shake.

With Whipped Topping and Strawberry Sauce

This creamy, tart, citrusy shake features blood orange prominently with a strawberry sauce drizzled throughout for some red fruit flavor and an extra dose of sweetness.

The base of the drink being blood orange, it is slightly more citrusy than a traditional orange flavor and even brings a note of straight citrus oil to it. For those familiar with the citrus swirl from Magic Kingdom, this feels like its West Coast cousin, though the flavors are melted together, rather than swirled individually.

This is also one of the more beautifully presented treats that we’ve seen, perfect for social media feeds or just sitting and admiring before you start to sip.

Overall, we enjoyed this shake which tastes as good as it looks.

There’s a nice, subtle minty note throughout this shake, which also has a good consistency. It’s cutely decorated with the chocolate Minnie bow and purple whipped cream.

The purple whipped cream on top does have a bit of a chemical taste due to the tons of coloring. The actual shake is delicious, though, if you like minty cookies ‘n’ cream. Think of this as a Thin Mint in shake form.

Which milkshake would you try? Let us know in the comments.