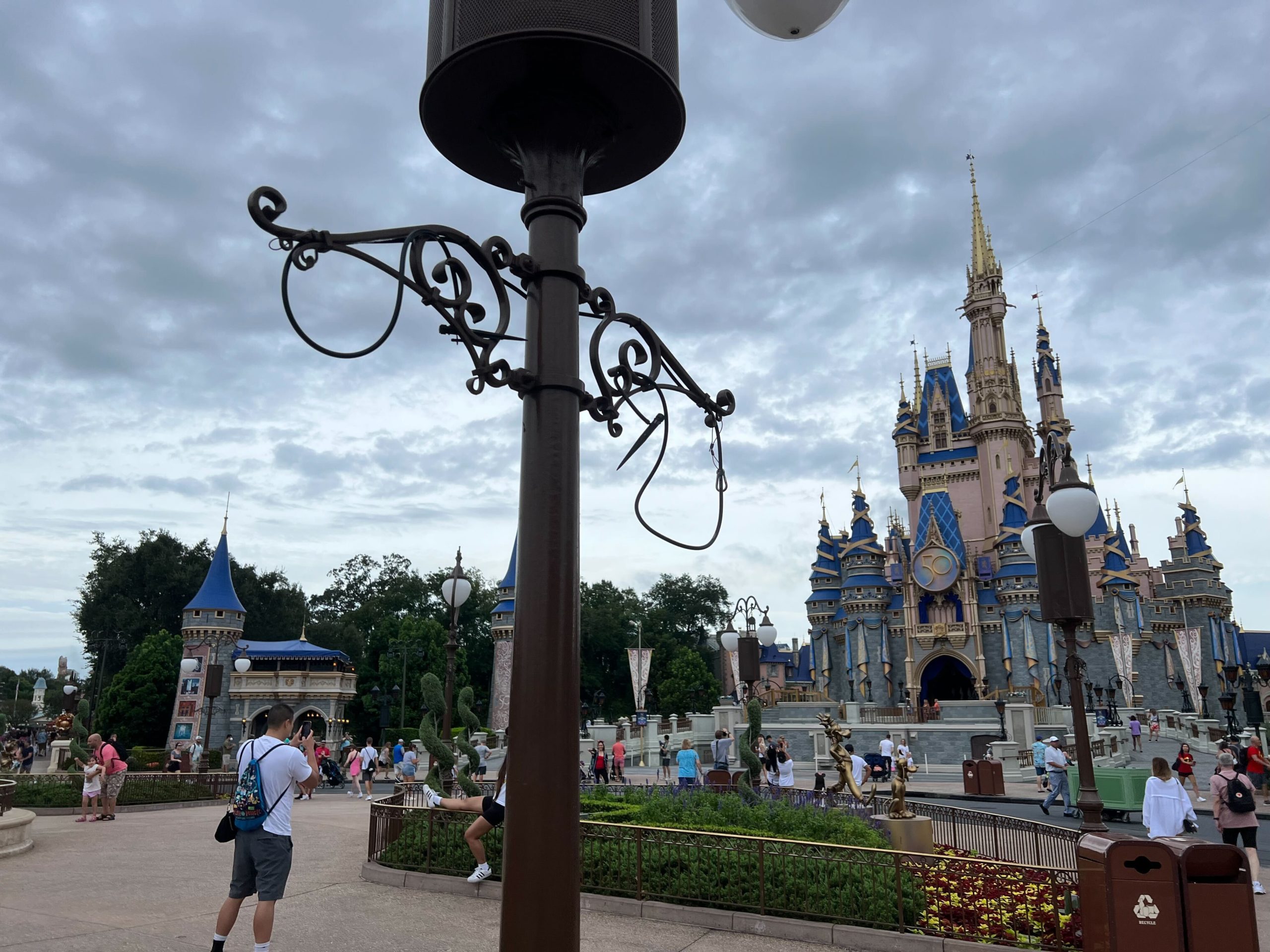 As we walked into Magic Kingdom, we noticed preparations for Hurricane Ian at Walt Disney World Resort.

One of the first things we noticed was the cake removed from the entrance topiary. However, the larger topiaries and decorations remained in place.

The pumpkins near the entrance to Main Street, U.S.A., were removed, likely as a safety concern due to the high winds.

The larger decorations, as we see with the pumpkin scarecrows, have remained in the small patches near the front of the park, still making it a festive entrance.

The pumpkins appear to have been hastily removed, as you can still see the dirt they rested on. However, we expect these to return quickly after the hurricane.

The recent construction on Center Street has been halted due to the weather.

Tarps cover the side of the street, as well as the equipment being used during construction.

All hanging planters in The Hub were removed.

We noticed the nearby pumpkins remained despite the removal of the planters.

While traveling near TRON, we noticed the tarps covering the fence were removed; we were unsure if this was due to the hurricane.

We found the canopy was lit, and you can see the lower construction far better with the removal of the tarp.

Moving into Fantasyland, the banners atop the rides were still displayed, though these may be removed later.

Photo-ops were still available; however, some outdoor rides, such as Splash Mountain and the PeopleMover, were already not operating due to weather. The hurricane is expected to arrive in Central Florida on Thursday, but weather conditions will likely worsen starting today.

Though it appeared that the Tom Sawyer Island Rafts were being put away, we were told that the ride may open later in the day.

It seems show lights and other rigging was removed from Cinderella Castle.

On both sides, stage rigging and lighting have been removed.

Over at Pecos Bill Tall Tale Inn & Cafe, chairs have been removed from the exterior dining area.

The umbrellas are being zip-tied shut to prevent tearing.