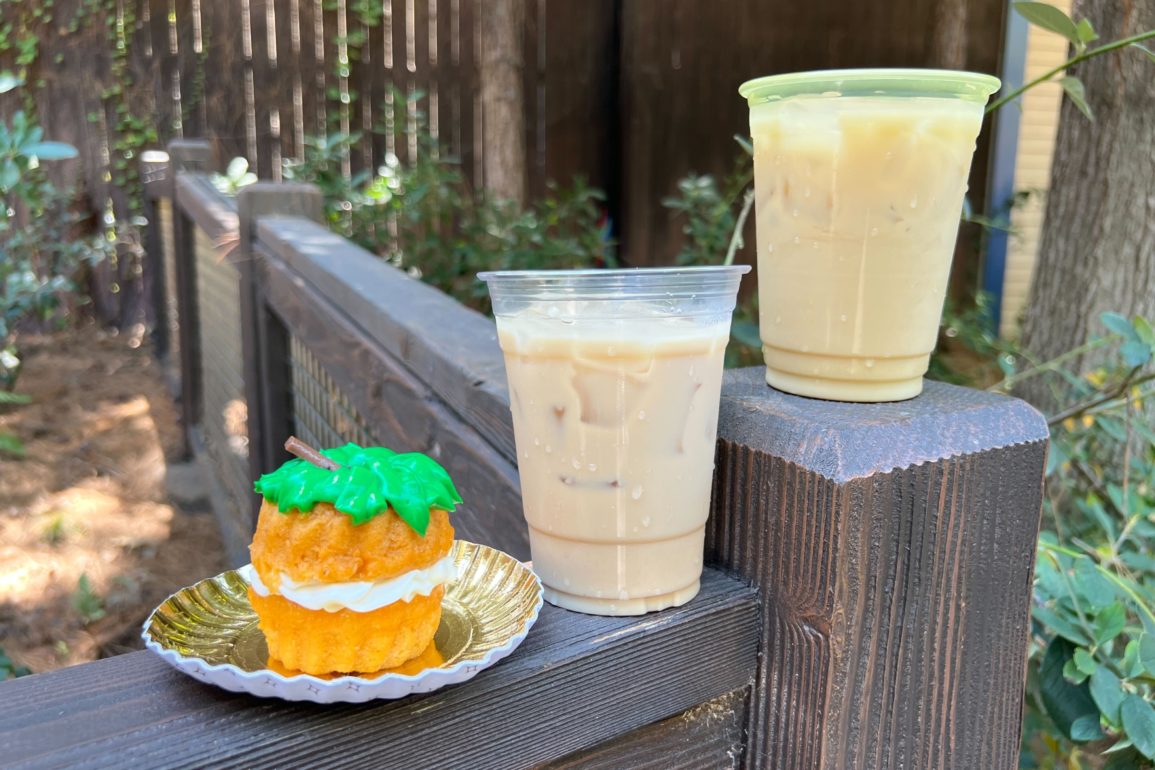 REVIEW: Pumpkin Bundt Cake and Pumpkin-Spiced Horchata Cold Brew (With and Without Whiskey) for Halloween Time 2022 at Disney California Adventure

The Pacific Wharf Cappuccino Cart at Disney California Adventure has a new Pumpkin Bundt Cake and Pumpkin-spiced Horchata Cold Brew (with the option to add whiskey) for Halloween Time 2022.

Not only is it absolutely adorable as a tiny little pumpkin, but it’s got fantastic flavor to boot.

It is small, and we wish there was a little more to go around, but for what it is, we thoroughly enjoyed it and will likely be revisiting again soon.

Disneyland Resort has a complicated history with horchata, in that they keep trying to do it right and only occasionally is it passably good. More often than not, it comes out watery and strange. This entry, unfortunately, is one of the weird ones.

It’s not unpleasant, it’s just not great. It’s not really a good horchata, it’s not a good cold brew, it’s left somewhere in that desolate region between where lies mediocrity. The coffee flavor is entirely lost, as is the pumpkin spice. And the horchata that’s left is on the south side of okay, being too creamy for its own good and oddly sweet. Overall, we would pass on this as it is.

Having such an experience as we did with the pumpkin-spiced horchata cold brew on its own, we likely would not have come back to try it again with whiskey. But since we placed the order for both versions at the same time, we thought it best to try it anyway. And we were pleasantly surprised.

The sharp alcohol bite and buttery character of the whiskey come through to cut away some of the creaminess of the horchata and, while the coffee still isn’t present nor is the pumpkin spice, it at least has something a little more complex and interesting going on with the addition of the whiskey.

It’s a cocktail for walking around at the park and the horchata base really does need this addition to help it along. If you look at this as a cocktail, it’s fairly enjoyable. As a cold brew, it’s a bit of a letdown.