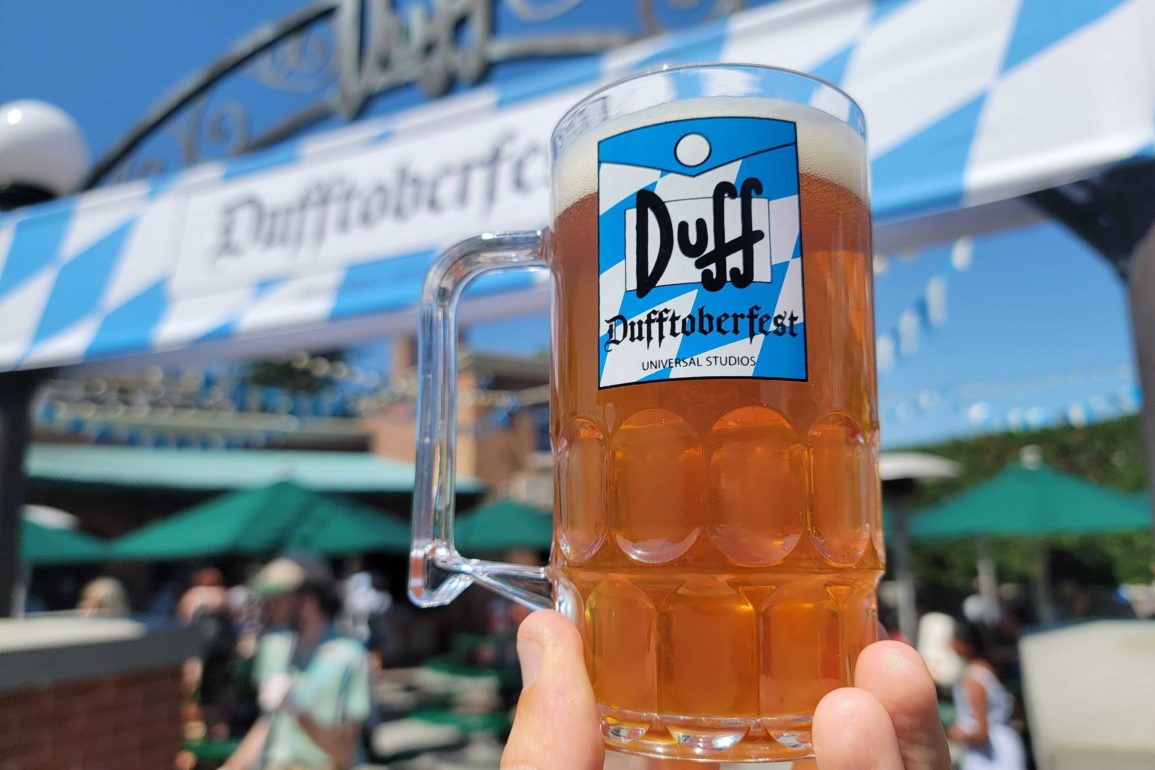 Dufftoberfest, a Simpsons version of Oktoberfest, has begun at Universal Studios Hollywood.

You can watch our video review of the new beer, as well as a tour of the Dufftoberfest decorations, right here. And keep scrolling for more photos and our full review.

The festival is at Duff Brewery, next to The Simpsons Ride.

Dufftoberfest banners are up around the courtyard.

There is a special Dufftoberfest beer available during the festival.

There’s also a special Dufftoberfest stein available as a $3 add-on.

The Dufftoberfest beer is a German-style Märzen. According to the sign, “Dufftoberfest is a heavily-malted beer in keeping with the Märzenstyle – its sweetness is nicely balanced with a hint of bitterness. The caramel and butterscotch flavors are distinct, and the smooth taste lasts well after the first sip.” Märzenbier originated in Bavaria.

This sweet, heavily malted beer is a real winner. Yes, it’s expensive. Yes, there’s a long line. But at least when you get to the end of that line, and you receive the overpriced beer, it’s a good product.

It may not be worth the price overall if you were out for an evening at a pub, but in a theme park, it’s better than we expected. It’s sweet, but not overly sweet in the grand scheme of Märzen beers, which is nice as it is more drinkable on a warm day.

The main flavor is the malt: a deep, almost bready flavor that, when combined with the sweet character, becomes a light caramel flavor of baked dulce de leche bread.

It’s a great, supremely drinkable beer that we would enjoy pint after pint, if not for the cost.