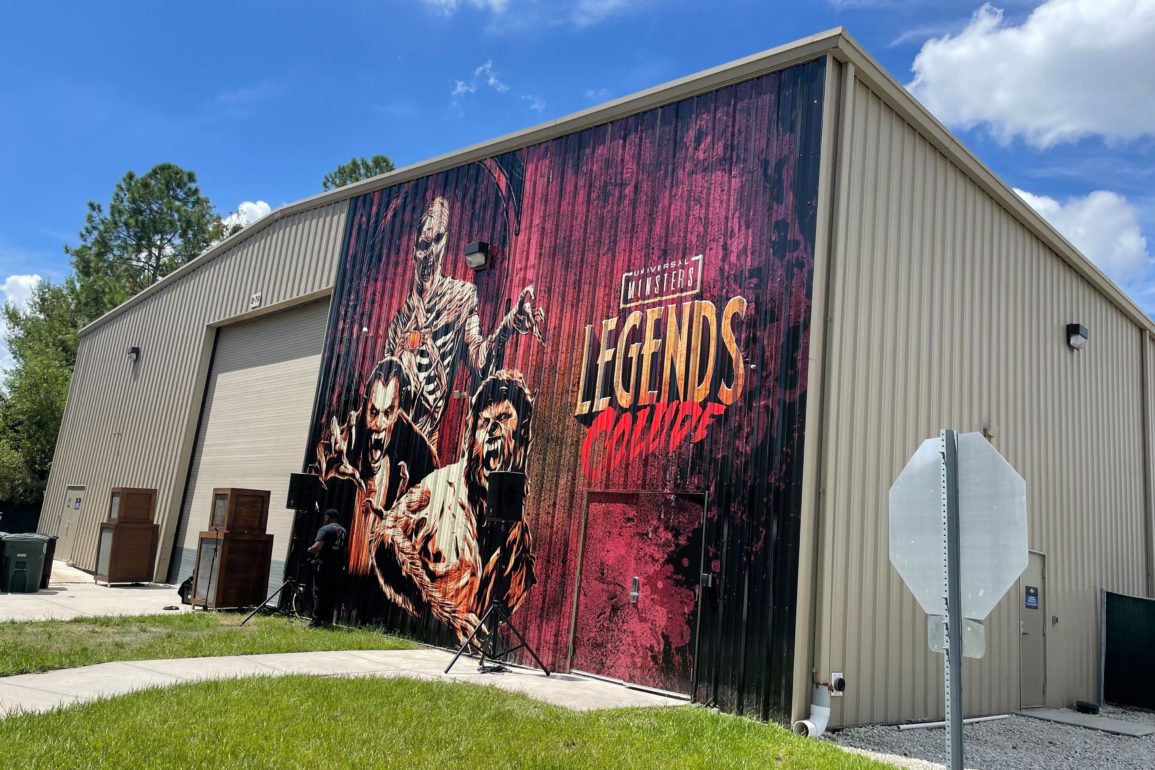 For the first time, Dracula, The Wolf Man, and The Mummy meet in Universal Monsters: Legends Collide. This house is part one of a two-part story, with the second half taking place in the house at Universal Studios Hollywood.

The official description reads, “If you thought one Universal Monster was scary, how about three? Better summon your scream squad, ‘cause you’re about to get caught in the middle of an epic battle between The Wolf Man, Dracula, and The Mummy, together for the first time ever. Their mission: To find the amulet that will break their curse. And they’ll destroy anyone who gets in their way.”

Orlando’s house explores the 1932 field expedition by the British Museum, where things have, of course, gone wrong.

It takes place in Egypt where the Mummy is protecting the Amulet of Amun-Ra, which has the power to let Dracula walk in the daytime and to cure the moon curse of the Wolf Man.

The Mummy featured in this house is Kharis from “The Mummy’s Hand,” not Imhotep. Kharis was portrayed by Tom Tyler, Lon Chaney Jr., and Christopher Lee. Chaney portrayed Kharis in three out of five of the character’s appearances, but in the “The Mummy: Dark Universe Stories” game, Tom Tyler’s likeness was used.

The monsters face off, and the frightening finale reveals who reigns victorious. The winner will change each night.

Our choices diverged between encountering the Wolf Man or Anubis. We chose the latter.

Further in, the High Priest summons Anubis warriors to protect Kharis and the amulet in this encounter’s story.

We found this to be an excellent house. The story was pretty clear even if you aren’t entirely familiar with the Universal Monsters. The monsters and scare actors inside look incredible, the effects are top-notch, gorgeous props and scenery, and just overall a fun time.

Next
REVIEW: This Halloween Cake is a Sweet Spooky Treat at Disneyland