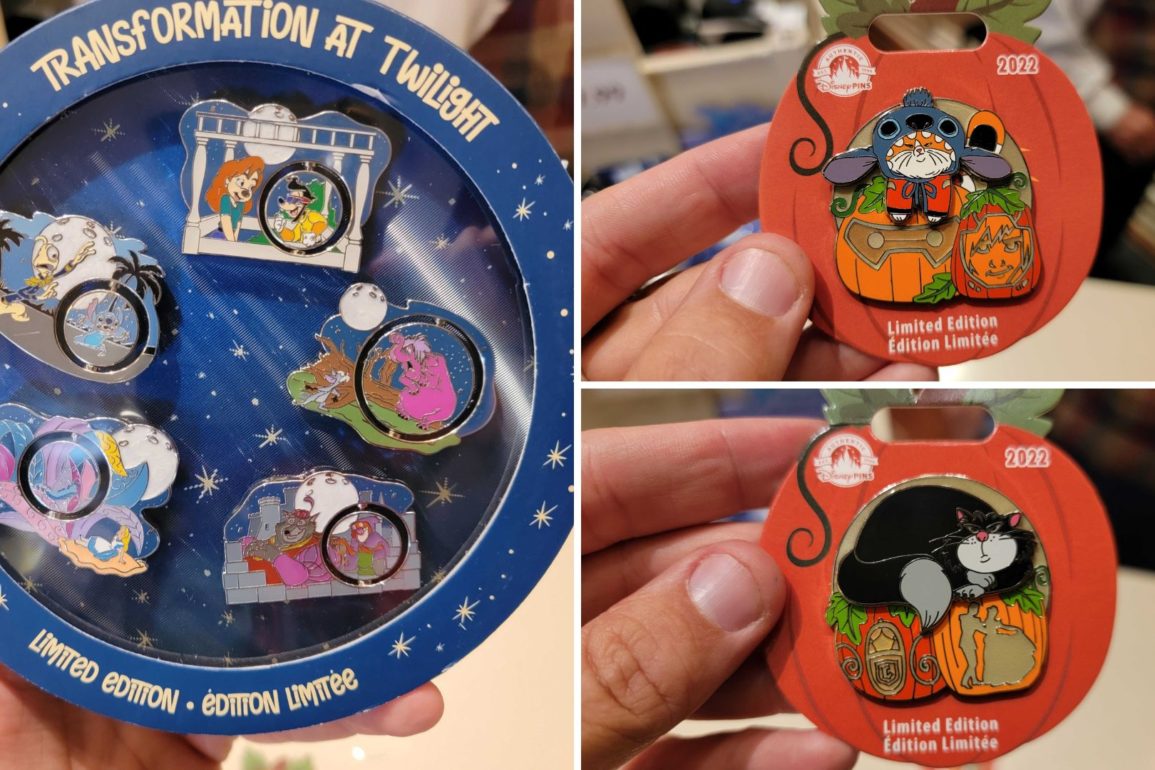 Two new collections of “Transformation At Twilight” pins and Disney Cats Halloween pins are available at Disneyland Resort. We found both of these collections in 20th Century Music Co.

This pin features Mochi from “Big Hero 6” in a Stitch costume. He’s on top of a Baymax jack-o’-lantern, with a Hiro jack-o’-lantern to the side. The backing cards of these pins are shaped like pumpkins, too.

Lady Tremaine didn’t manage to put her cat, Lucifer, into a costume. He is lounging on a Cinderella Coach pumpkin, and another carved with the silhouettes of Cinderella and Prince Charming dancing together.

This pin depicts Mittens the cat from “Bolt” next to a stack of jack-o’-lanterns carved with the faces of Bolt and Rhino.

This pin set, which has an edition size of 2,000, shows off several Disney characters as they undergo various changes at night. Each pin has a section that spins around to reveal another image on the back. They feature Pleakley and Stitch, Roxanne and Max, Madam Mim, Alice and the caterpillar, and Robin Hood and the Sheriff of Nottingham.