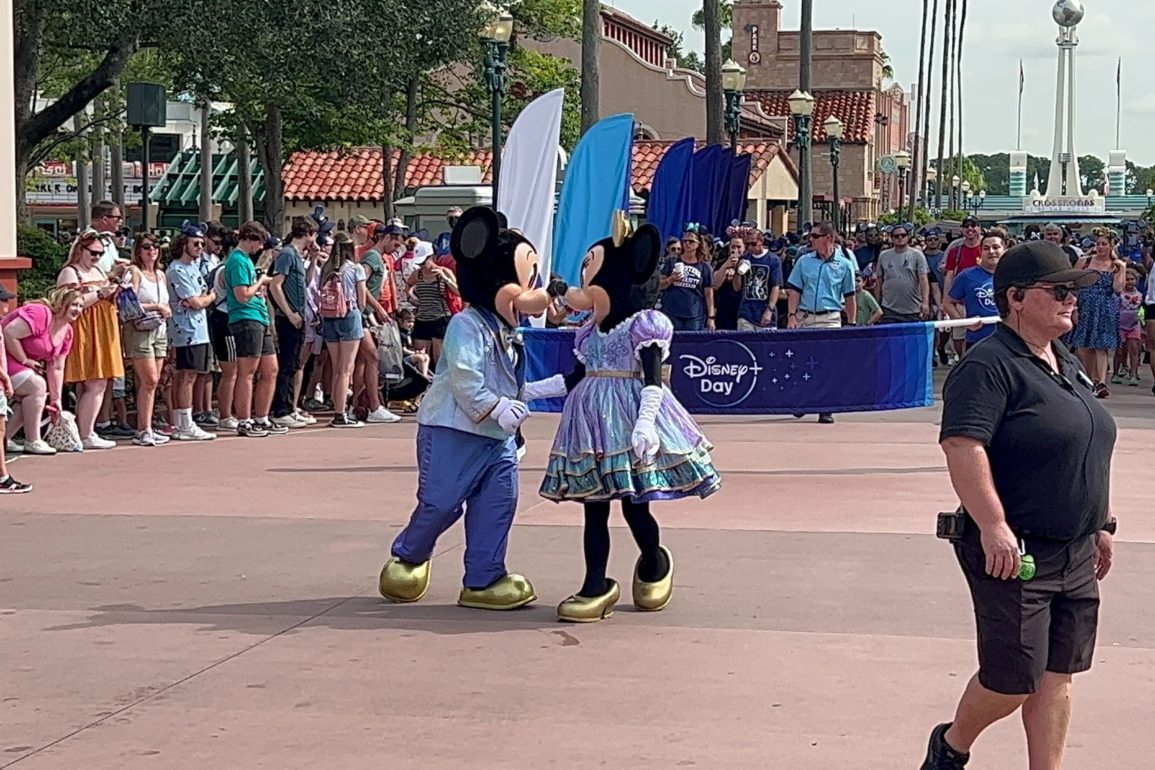 Some of Disney’s biggest stars have assembled at Disney’s Hollywood Studios for the Disney+ Day Motorcade!

Back in 2020, the character was announced to be getting her own Disney+ series.

Mirabel, Pinocchio, and Geppetto danced and waved to guests.

Afterward, it was time for action and adventure with Chip and Dale, wearing their Rescue Rangers outfits, alongside Mr. Incredible and Elastigirl.

Elastigirl, also known as Helen Parr, showed off a variety of moves to the crowd.

Continuing the Pixar theme, Edna Mode rode by next in a superpowered convertible.

Sulley then waved to the crowd with Woody and Jessie behind him.

Of course, when there are “Toy Story” pals about, Buzz Lightyear can’t be far behind!

He rode in a Space Ranger-themed convertible.

Finally, it was time for Mickey and Minnie Mouse, both wearing their EARidescent outfits for Walt Disney World’s 50th anniversary.

We managed to catch them in a loving embrace before they broke off to wave to the crowds.

And with one more Disney+ Day banner, the motorcade concluded.

Watch our full video of the Disney+ Day motorcade below.

This is just one small part of all the Disney+ Day festivities, which includes ear hat and button giveaways, special character appearances and PhotoPass opportunities, and more!