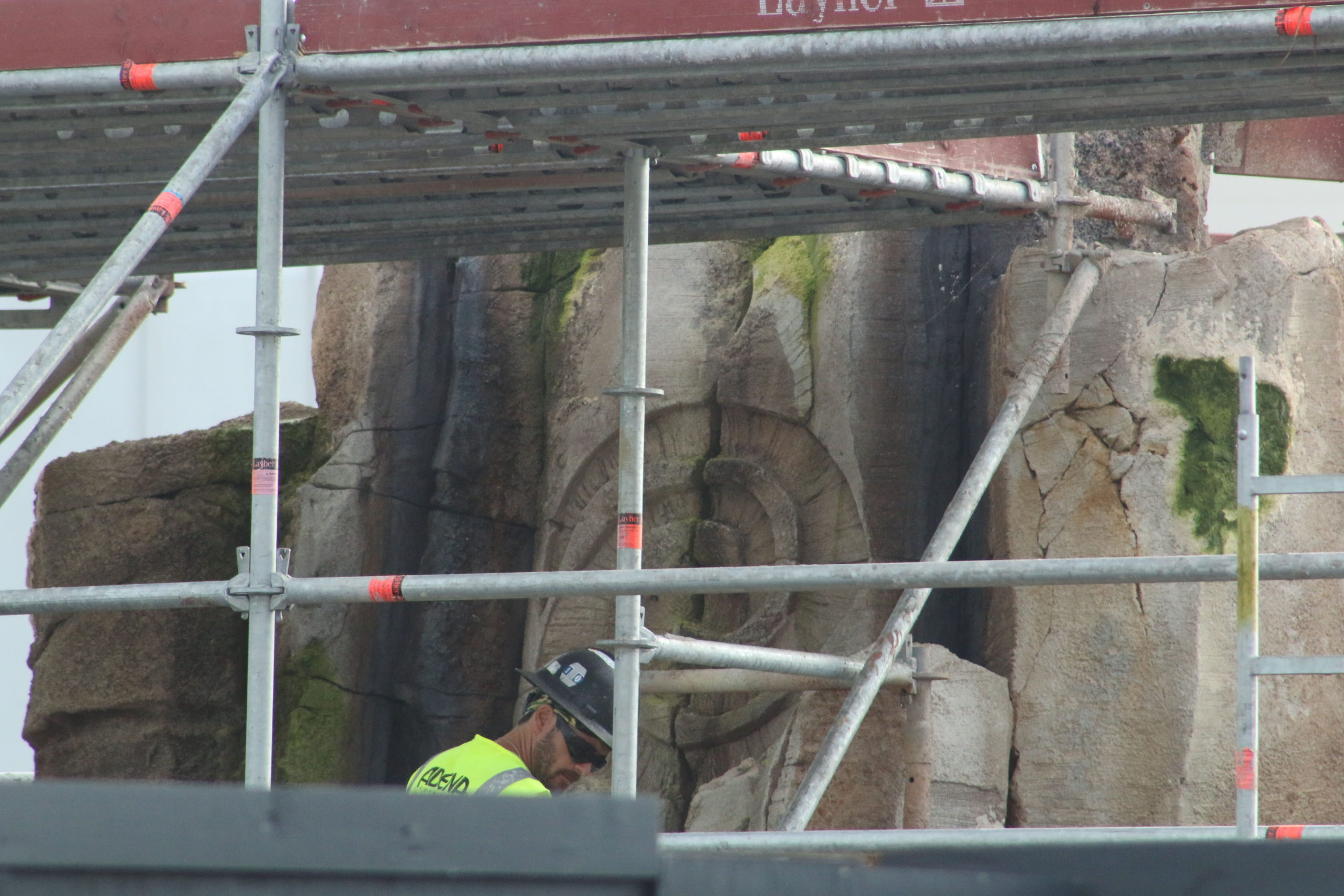 Journey of Water Inspired by “Moana” is looking less and less like piles of dirt and more like an actual attraction. We’re about a year out from its planned 2023 opening in the World Nature neighborhood of EPCOT and crews are adding details to the fake rocks.

Tree-like lampposts were installed earlier this month. They’re wrapped in white plastic for now. A horizontal pole connects two of the tallest lampposts, creating an artchway.

Fake vines and moss now line the tops of these rocks. There are still some gray sections yet to be fully painted.

The low, long building behind these rocks has wood paneling on this side. It separates Journey of Water from CommuniCore Hall in World Celebration.

Tool cabinets and shelves at the construction site are stocked with paint and other supplies.

We saw crew members testing a water feature on this structure a few weeks ago.

A “crack” runs down the center of the swirl.

Crew members were working around the swirl this morning, but we didn’t see any water feature testing.

Here is concept art of approximately what the final structure with the swirl will look like.

Walls of concrete yet to be covered extend behind the swirl-branded structure.

Another large copse of rocks is closer to the center of the EPCOT construction site.

Several small white structures have been erected nearby. These are mostly short walls, none taller than a person.

The small gray building is the first that was constructed at the site. In front of it are two long awnings.

More and more equipment has been moved under these awnings, which are right next to an in-ground structure.

Crews were working on a pathway directly behind Spaceship Earth when we passed by on the Monorail.

Concept art of Journey of Water Inspired by “Moana” promises a 16-foot-tall Te Fiti statue next to a pond, jumping water features, and colorful plants. The rockwork with Te Fiti’s swirl is at the entrance, to the left in the above image.