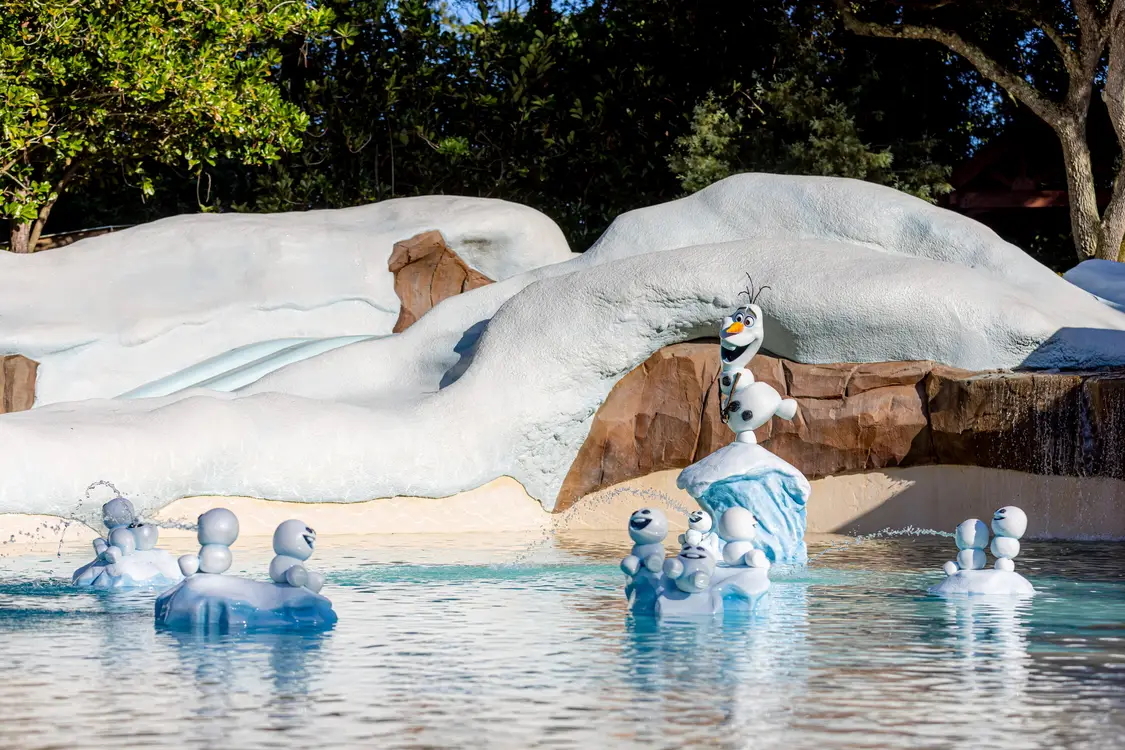 Walt Disney World has shared the November and December operating hours of Disney’s Blizzard Beach water park, which is reopening on November 13.

Blizzard Beach was originally scheduled to reopen in March 2022, but its refurbishment was extended significantly, with rumors of a new attraction and refurbishment work visible from the sky.

Blizzard Beach will reopen with new “Frozen” theming in the Tike’s Peak kids’ area, including statuettes of Olaf and his Snowgie pals in the warm wading pool, as well as Anna and Elsa’s igloo castle. Check out our first look at the statues of Anna and Elsa.

The water park will also have an enhanced holiday atmosphere. This year, there will be limited-time holiday offerings through Dec. 31 that include holiday-themed treats, snowfall, festive inner tubes, and a tropical-dressed Santa.

With the reopening of Blizzard Beach, Typhoon Lagoon will close for the season beginning on November 13.

Both water parks have not been open at the same time since early 2020, when the pandemic shut down the theme parks for a little over three months.

Are you going to miss going to Typhoon Lagoon? Are you excited about the new “Frozen” theming at Blizzard Beach? Let us know in the comments below.