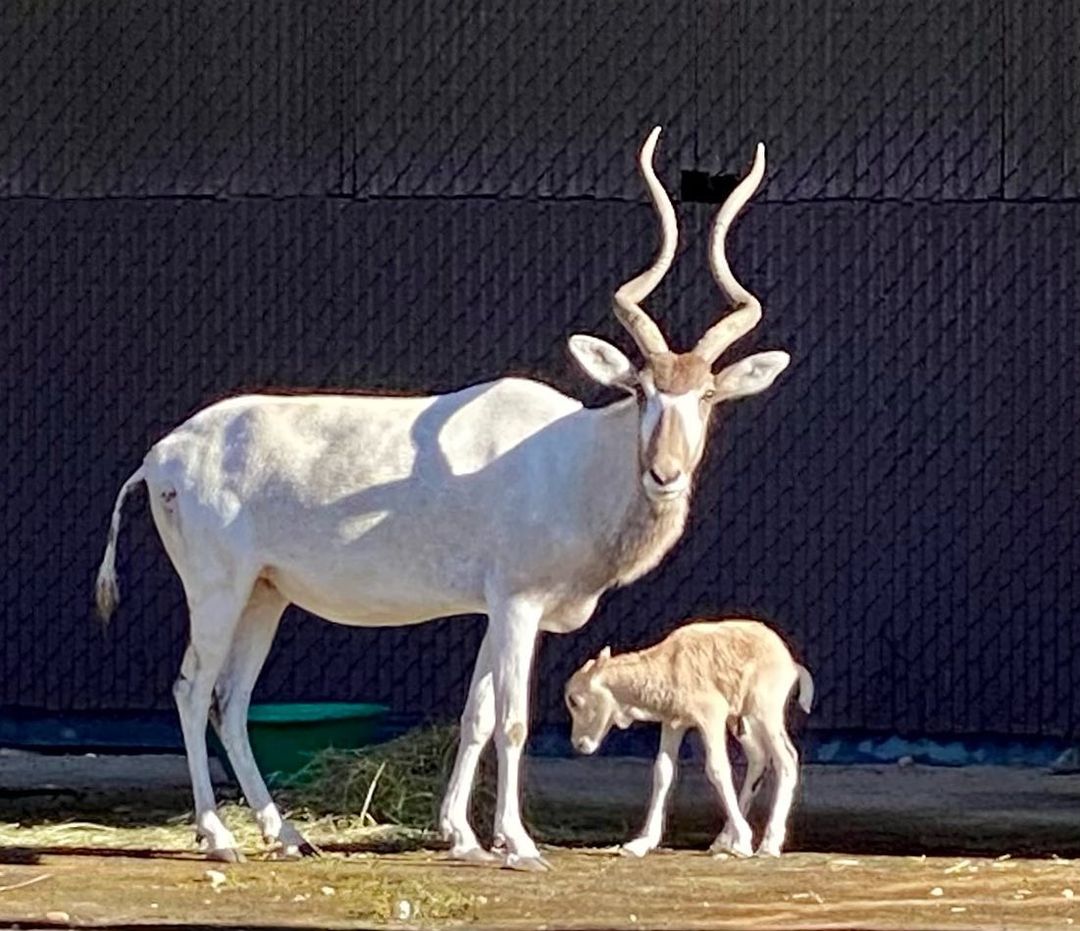 Dr. Penning said that this past Sunday, Lavender gave birth to her second Addax calf in the early morning hours and it had arrived earlier than expected. Although the Addax, also known as a white antelope and a screwhorn antelope, is extremely rare in its native habitat – the Sahara Desert, it is quite common in captivity.

Disney has yet to announce the sex and name of the new calf, but said “mom and calf are doing well and resting safely together” and they have starting nuzzling, nursing, and bonding.

With a gentle, golden sunrise in the distance, Disney’s Animal Kingdom Lodge welcomed the birth of a rare species of African antelope during the early morning hours on Sunday. Arriving a little earlier than expected, addax Lavender just gave birth to her second calf. And what better way to inspire our guests and cast than the magic of nature and the miracle of birth!

Mom and calf are doing well and resting safely together under a shaded and protected canopy under the watchful eyes of our dedicated veterinarians and animal keepers. The pair are nuzzling, nursing and bonding and the calf joins four other addax at Animal Kingdom Lodge. Guests staying at Animal Kingdom Lodge got to experience the wonder of nature firsthand and see some of the special moments leading up to the calf’s delivery.

Once widespread across North Africa, the critically endangered addax population has been severely reduced due to over-hunting and long periods of drought. The birth comes as a recommendation from the Association of Zoos and Aquariums (AZA) cooperatively managed Species Survival Plan with Disney.

Are you excited to see Lavender and her new calf? Let us know in the comments below.