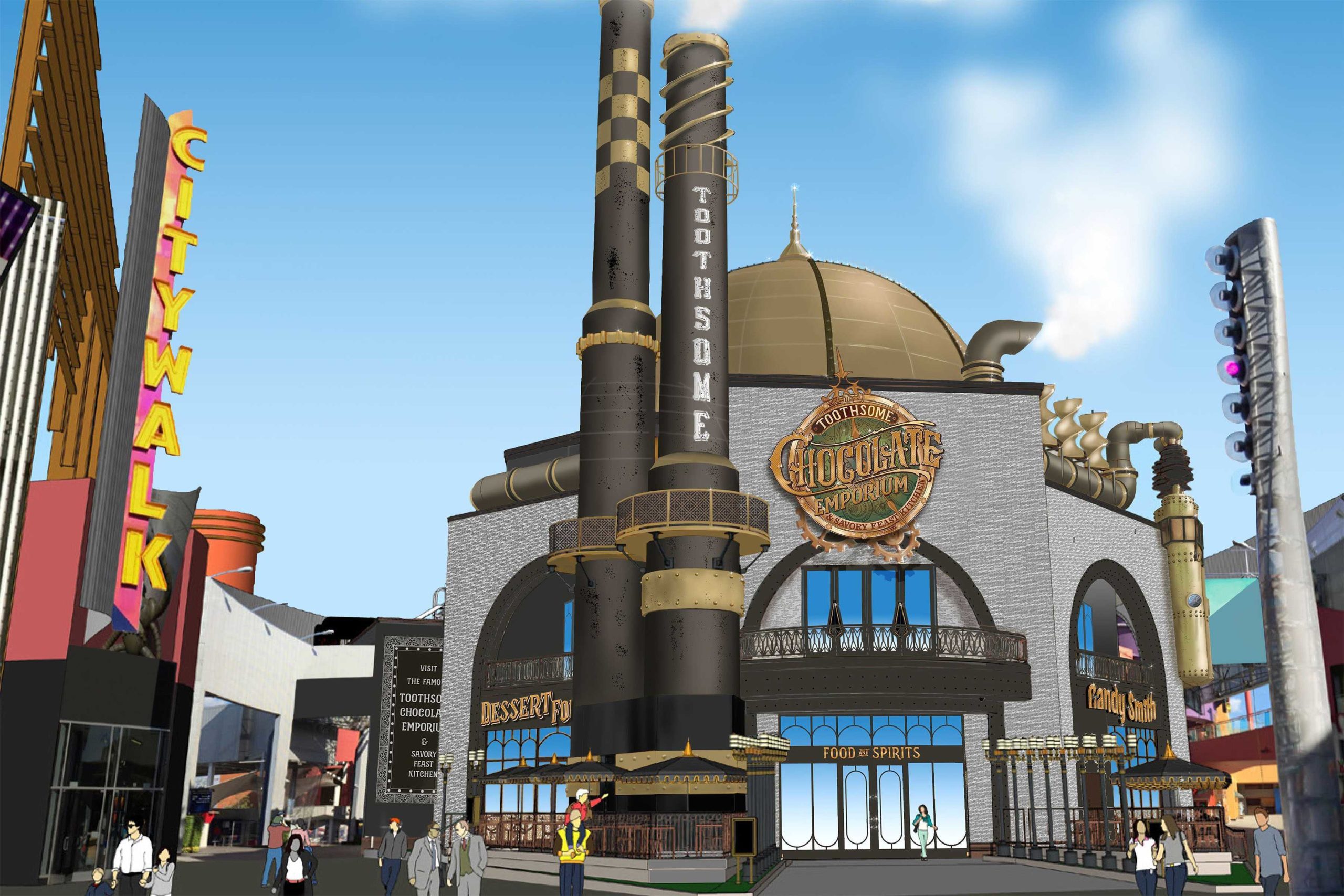 The opening timeframe of Toothsome Chocolate Emporium & Savory Feast Kitchen at Universal CityWalk Hollywood has been announced in a job posting for the restaurant.

According to the job posting, available at nbcunicareers.com, Toothsome will open in early 2023. They are hiring for approximately 250 positions.

The new restaurant will be one of three worldwide locations, exclusively at Universal CityWalk locations in Orlando, Beijing and soon to be, Hollywood.  Featuring an extensive menu of eclectic brunch, lunch and dinner items, sumptuous milkshakes and desserts and delectable confectionary treats, The Toothsome Chocolate Emporium & Savory Feast Kitchen brings an entirely new take on culinary inspirations that will appeal to the entire family.

When it opens in early 2023, The Toothsome Chocolate Emporium & Savory Feast Kitchen will not only bring an exciting level of dining to Universal CityWalk, it is sure to become one of L.A.’s must-go eateries.