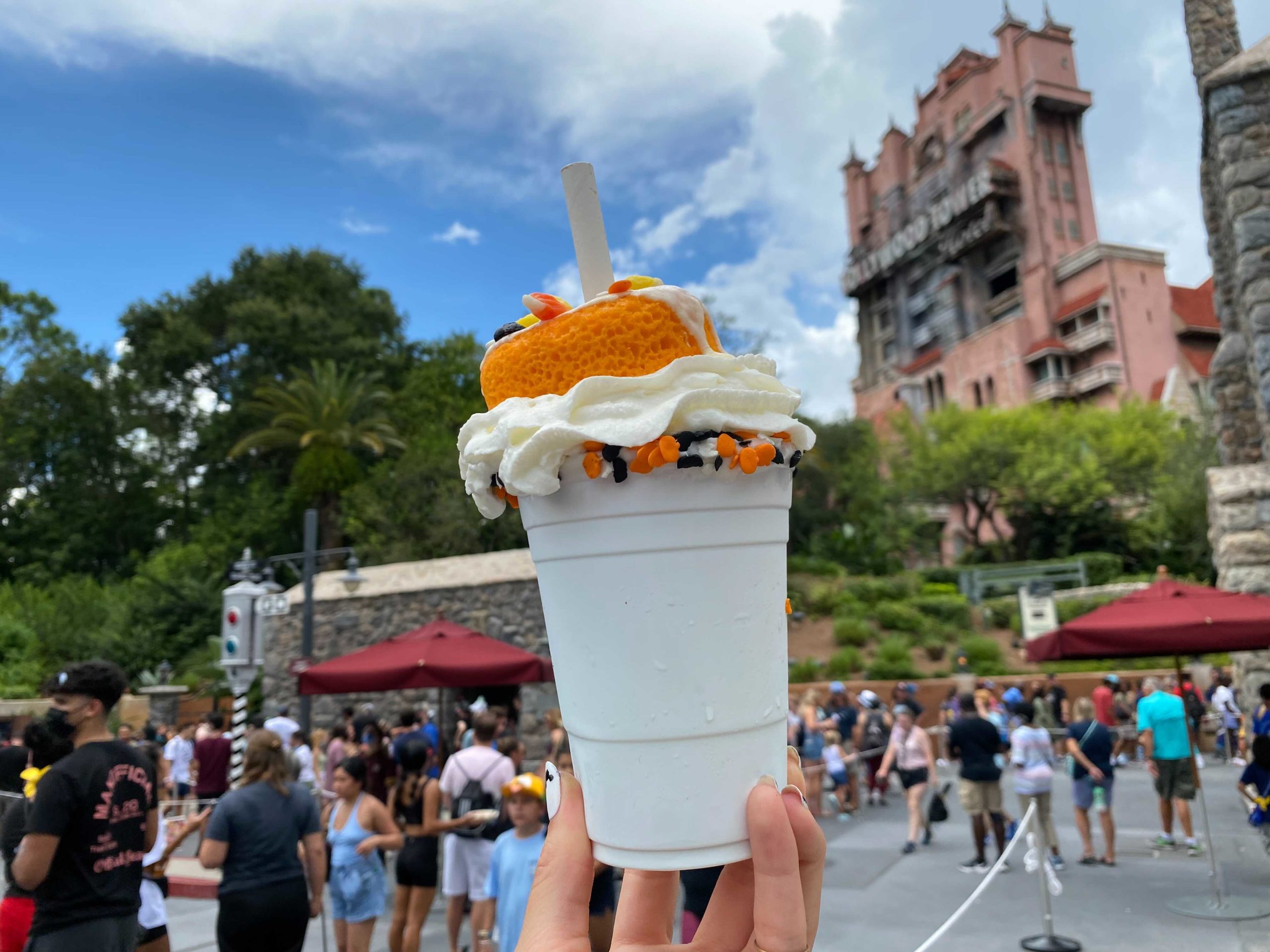 The Candy Corn Milkshake has returned to Hollywood Scoops at Disney’s Hollywood Studios for another Halloween season.

This will be available through October 31.

It’s like drinking candy corn ice cream, but this is nothing new to Walt Disney World as a previous version could be found at Magic Kingdom.

The donut on top is pretty terrible with no distinct flavor and the icing has a lingering artificial sweetness. It tastes store bought and is awfully dry.

The shake is also mint green in color inside, which doesn’t make a lot of sense. We recommend skipping it.