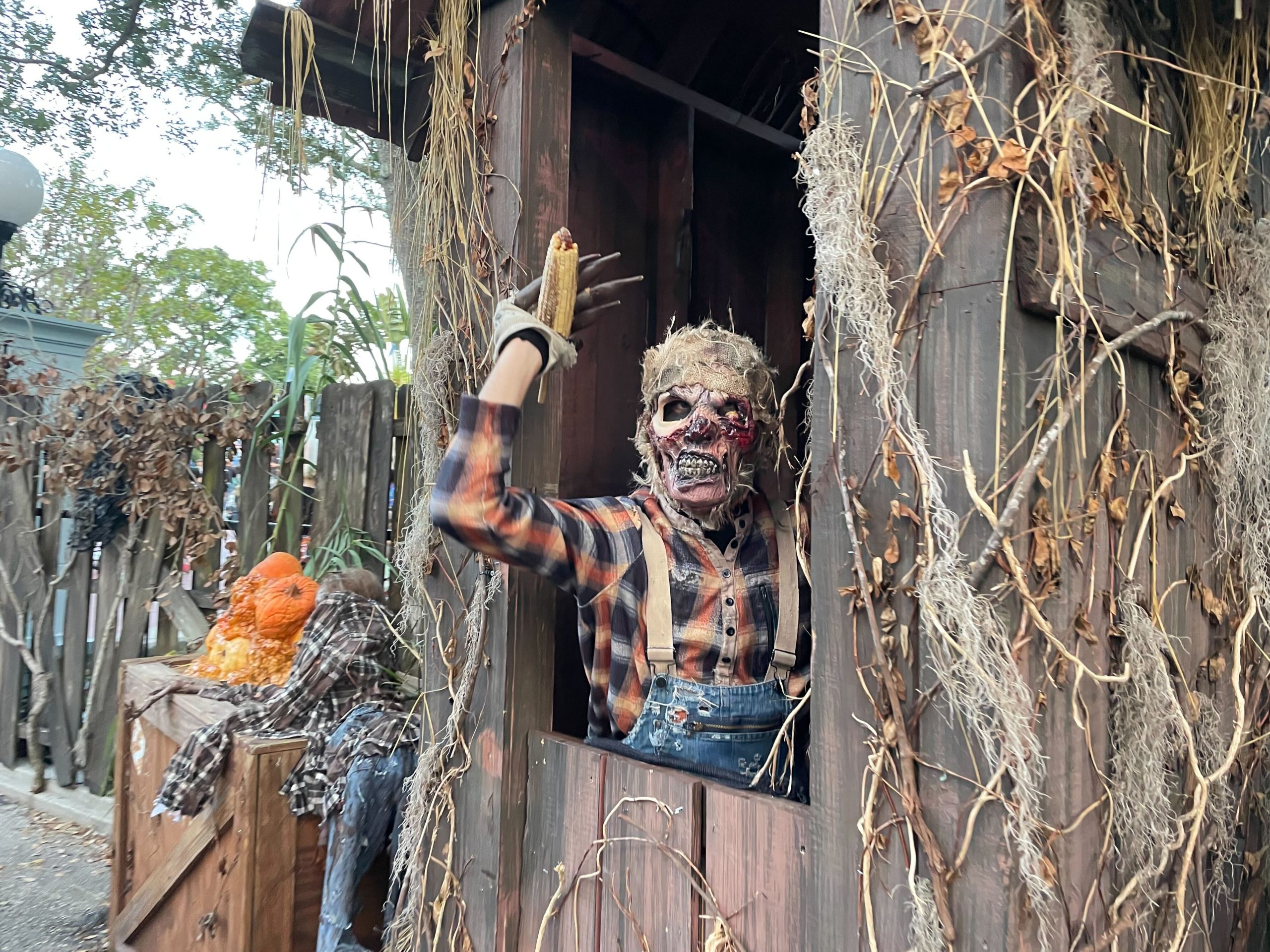 The official description reads, “At an abandoned farm, scarecrows have risen from the crust of the earth to hunt you and seek revenge. They’ll harvest your screams.”

Where the house took place primarily inside the farmhouse and barn, the zone will take you into the fields. A large barn has also been constructed in the zone.

At the start of the event, we felt this scare zone was lacking something but over time, it has quickly grown on us.

The soft music and eerie lighting set the mood as you approach a rundown farmhouse façade.

You really feel like you’re down on the farm and there’s nowhere to run.

This scare zone isn’t overly loud, which adds to the creepy vibe as you walk by an outhouse and are suddenly attacked by corn.

The monsters don’t chase you, but you can’t shake that feeling that you’re being followed. Did that scarecrow just move?

Scareactors high above aim to distract you from the creatures that roam among the stalks of corn.

The glowing eyes of a camouflaged scareactor on stilts will haunt you even if you successfully escape the cursed soil of this farm.

Watch our walkthrough of the Scarecrow: Cursed Soil scare zone below.