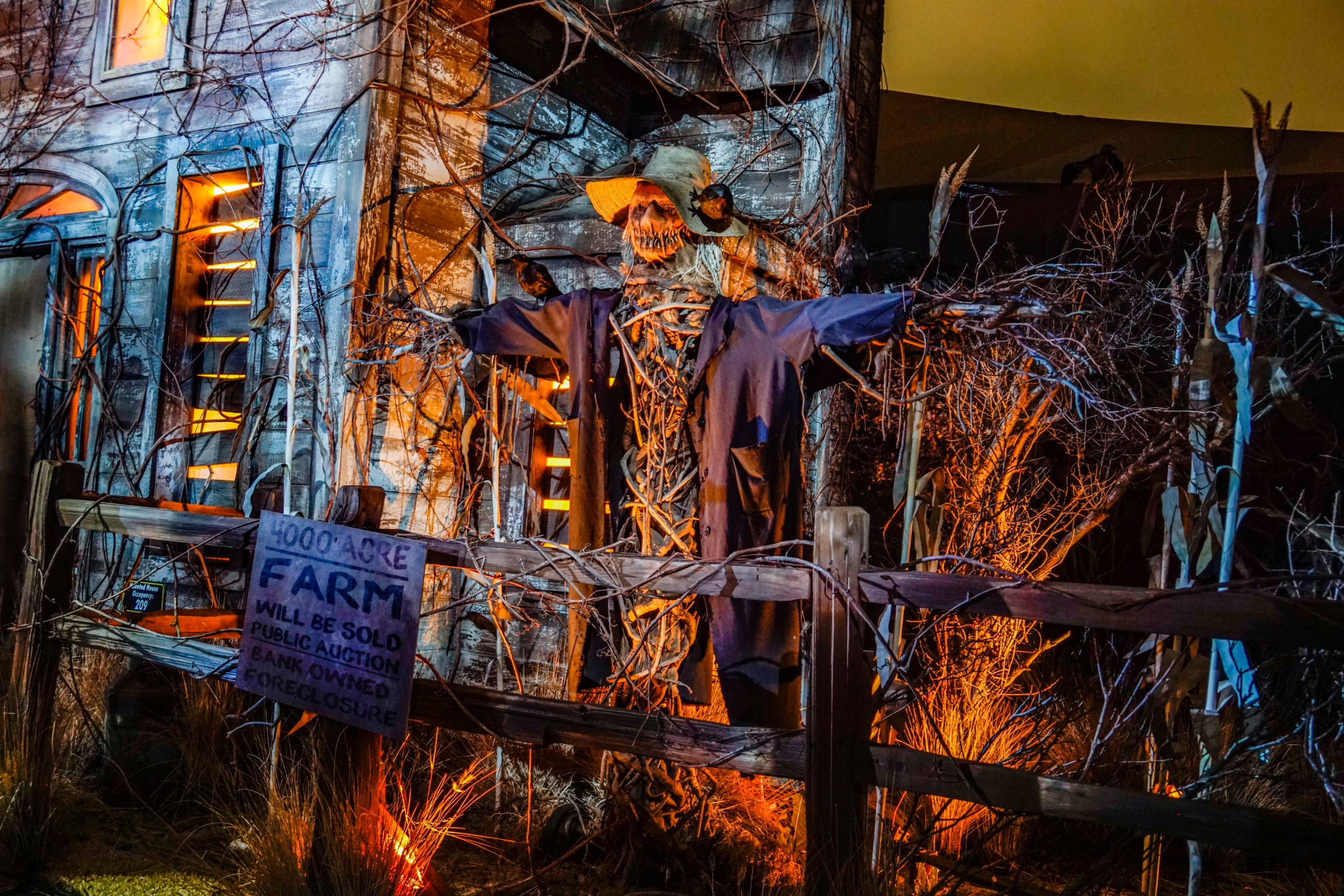 The description reads: “At an abandoned Depression-era farm, vengeance takes root. The scarecrows are avenging the ravaged land. In this all-new haunted house, the only harvest that will be reaped is your scream squad.”

It’s just a very well-done house in every aspect.

The set decorations are perfect, the performers are impeccable in their timing, the kills are creative for the fake bodies, the monsters are unique and well done, the scares are expertly constructed for maximum jump factor, and on top of that, the house employs some clever little tricks that set the realism and immersion off in interesting ways that we won’t spoil in this review.

This is all in addition to the wealth of research and attention to historic detail that Creative Director John Murdy and his whole team brought to the design of the house, which Murdy detailed intensively in his Midsummer Scream panel this year.

In all, this was just as close to a perfect haunt as we’ve seen from USH, or anywhere else for that matter.

Watch our walkthrough of Scarecrow: The Reaping below.