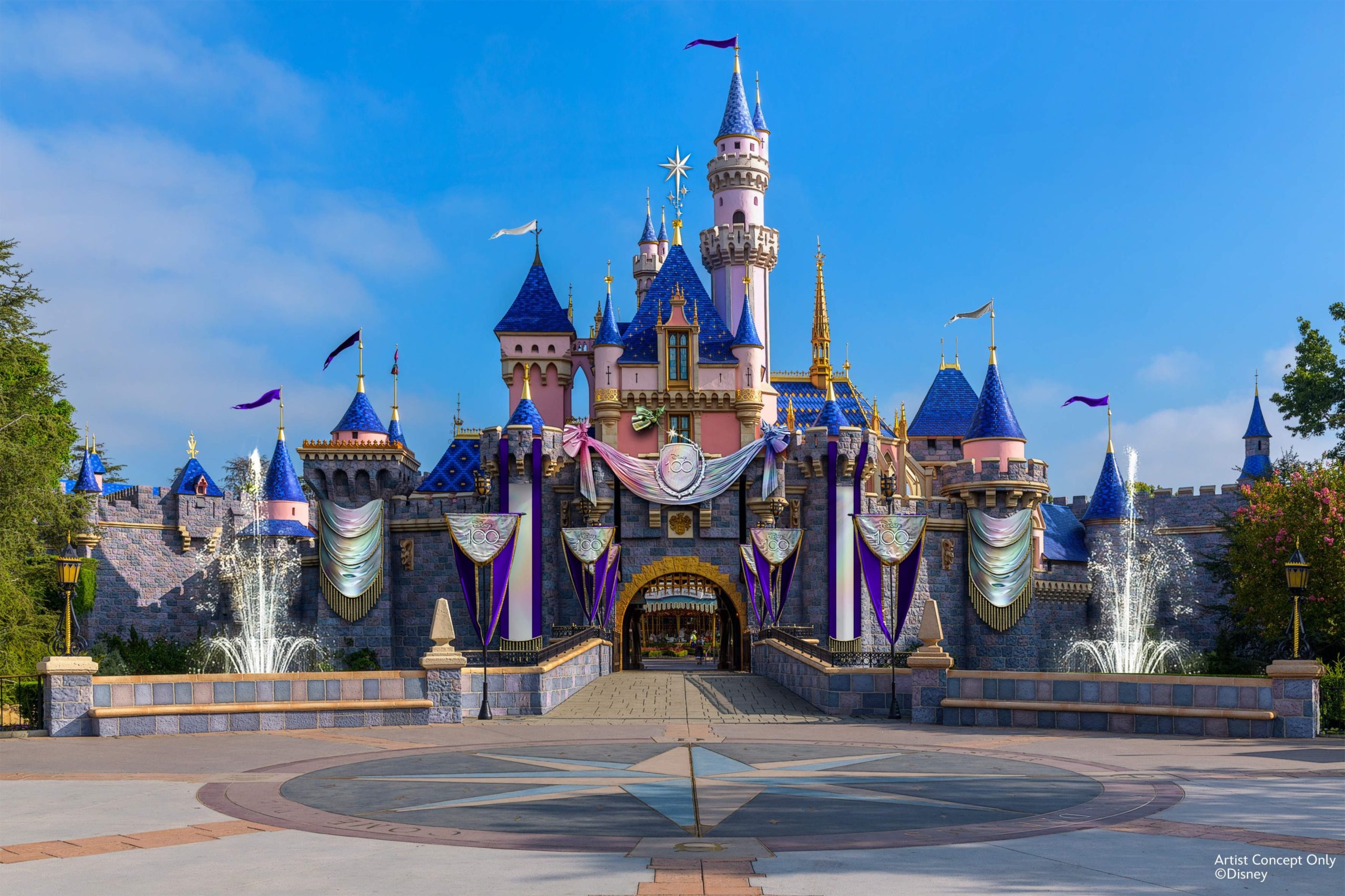 The 100th anniversary of the Walt Disney Company is next year and the celebrations will begin at Disneyland on January 27, 2023. As part of the celebrations, Sleeping Beauty Castle will receive special decorations.

“At Disneyland park, Walt Disney’s original Sleeping Beauty Castle will be dressed in style for the anniversary. Celebrating wonder, the castle will be adorned with elegant platinum banners and bunting, accented by a magnificent cabochon featuring the three Good Fairies who illuminate it with their shimmering pixie dust. Two majestic water fountains will grace either side of the moat, while a beautiful wishing star will sparkle from the tower above.”

Stay tuned for more information about the 100th anniversary celebrations.