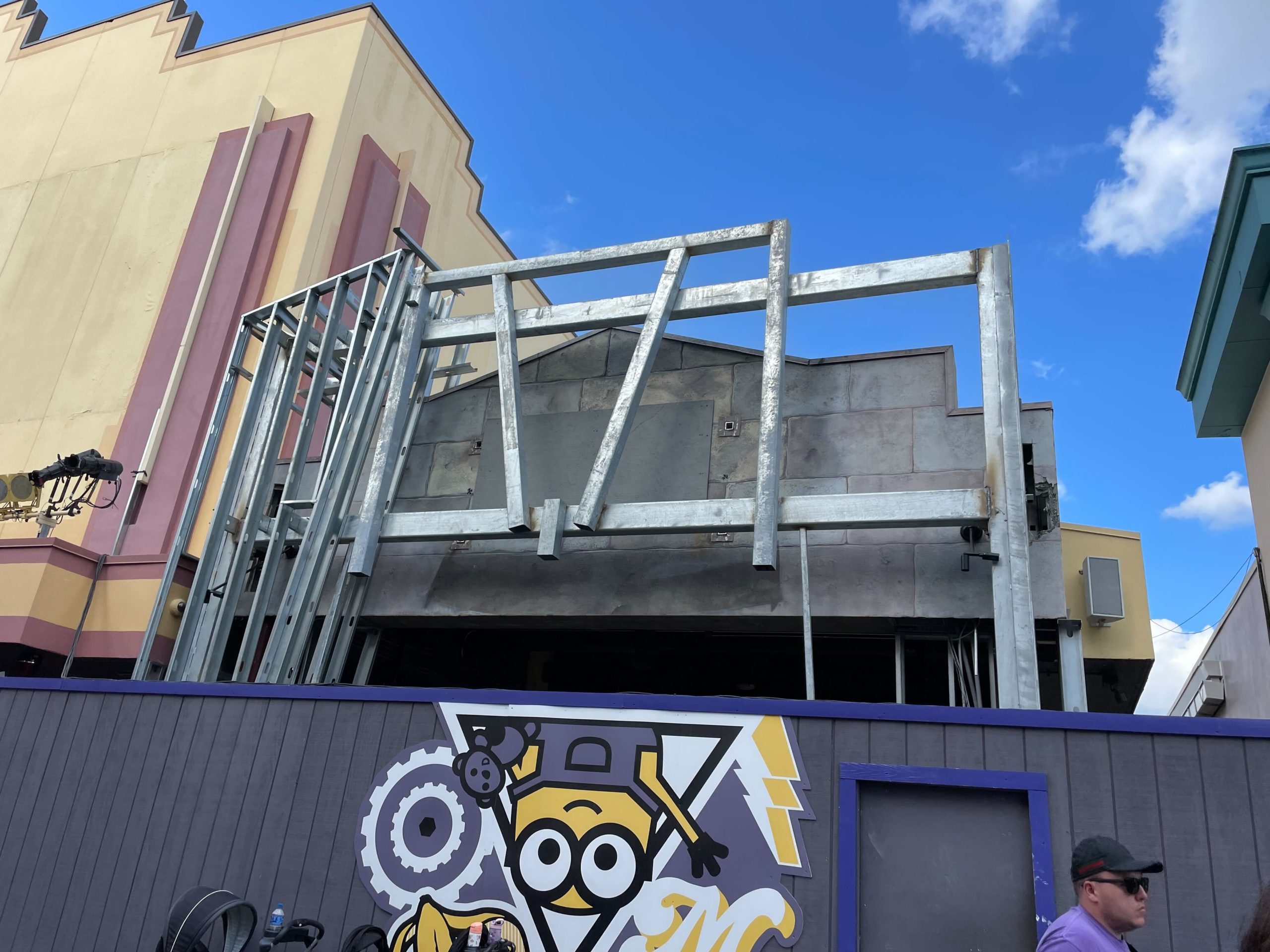 We have been keeping you updated on the steel work happening at the entrance of the former Shrek 4-D building at Universal Studios Florida. Now it looks like more steel in being added to the frame.

Demolition of Shrek-themed structures at Universal Studios Florida is still underway. The Shrek 4-D attraction closed in January and signage was removed last February. A steel frame has been erected at the entrance of the former attraction, and continues to have steel added to it.

Since our last update you can see a fan-like steel pattern across the left side of the entrance.

A Minions Villain-Con attraction is expected to be replacing Shrek 4-D.

Also, all the signage on the show building itself has now been removed, leaving a discolored residue on the building that will surely be covered soon.

Hopefully construction on this area progressing means we are getting closer to knowing what will occupy this space next.