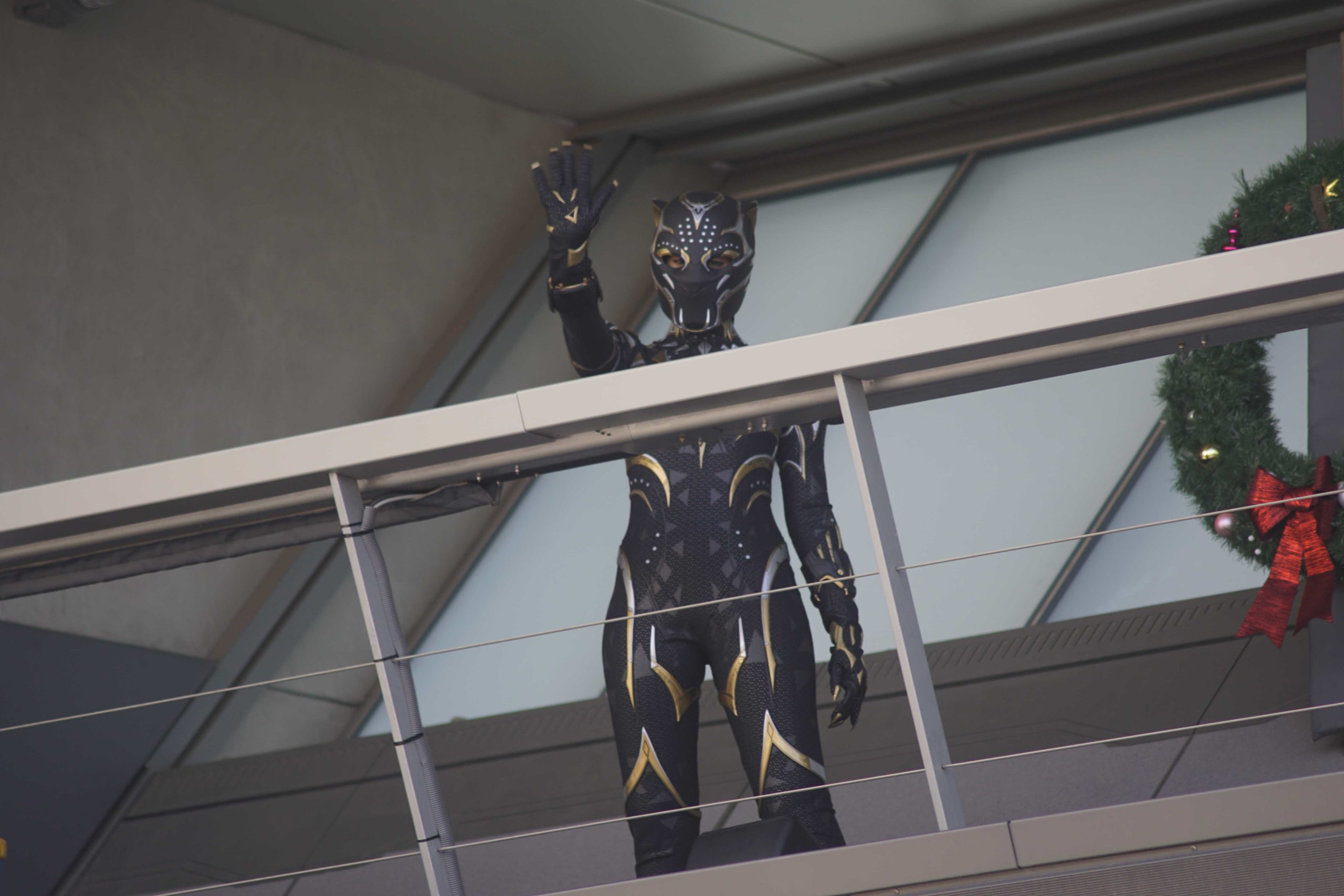 “Black Panther: Wakanda Forever” is in theaters now, and Disney California Adventure is celebrating by welcoming the newest hero to take up the Black Panther mantle at Avengers Campus. This article will contain spoilers for the movie.

Shuri in her new black and gold Black Panther suit only appeared for a moment on the balcony of Avengers Headquarters for her initial reveal. She returned during the Warriors of Wakanda show.

We also noticed that our MagicBand+ lit up purple during the Warriors of Wakanda show.

In both the comics and the Marvel Cinematic Universe, “Black Panther” is a mantle, not an individual identity. While T’Challa is certainly the most well-known and beloved character to take on the role, many others have worn the costume and bore the name (including Shuri).

Watch our video of Shuri’s brief appearances as Black Panther below.

And watch our full tour of the “Black Panther” celebration at Disney California Adventure:

Shuri’s Panther Gauntlet beverage holder is now available. A Flavors of Wakanda marketplace debuted at Festival of Holidays as part of the celebrations. Check out our review of all the offerings here. Guests can also see a mural at Downtown Disney District inspired by the “Black Panther: The Courage to Dream” children’s book. The mural was painted by the book’s illustrator, Nikkolas Smith.