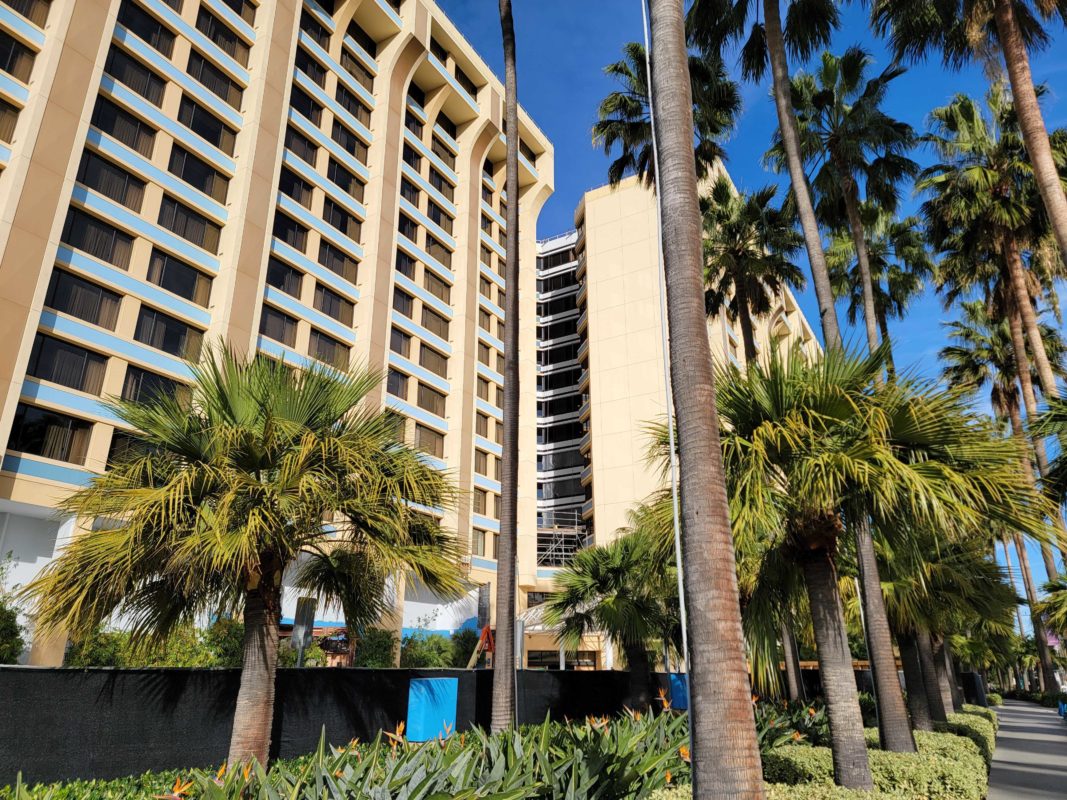 Once again, we’re checking in to see how the transformation of Disney’s Paradise Pier Hotel into Disney’s Pixar Place Hotel is progressing.

It was only back in September, during the D23 Expo in Anaheim, California, that Disney Parks Chairman Josh D’Amaro gave an update on the reimagining of this Disneyland Resort hotel. He announced to fans that the new resort would be known as Pixar Place Hotel.

In the lobby of the resort, a wall shows guests artist renderings of what they can expect when the transformation is completed.

The lobby of Pixar Place Hotel will feature an oversized Luxo Lamp sitting atop the familiar Pixar ball – officially known as the Luxo Ball.

Here we can see the new vision for the pool area – Finding Nemo’s Splash Pad – themed with Nemo and friends.

The front will feature colorful plays on the colors found in the Luxo Ball.

Over by the pool area, we can still see a billboard from the last remnant of the first iteration of DCA that blocks off the walkway towards the parking structure. The billboard features images of attractions and how they looked on opening day.

As the exterior painting of the building in white continues, we see one side of the resort has accents of red, blue, and yellow stripes.

Here we can see the removal of the entrance to the hotel. The new entrance will feature a large porte-cochère with a Mondrian-style design.

Here we can see workers slowly getting rid of the cream color on the other side of the hotel and prepping it for its new bright, white exterior.

Although work continues, the resort has remained open to guests and will do so throughout construction.

Are you excited about the new Pixar Pier Hotel? Will you be staying there when it opens? If so, let us know in the comments below.

Here is our continuing coverage on the transformation of Disney’s Paradise Pier into Disney’s Pixar Place Hotel: