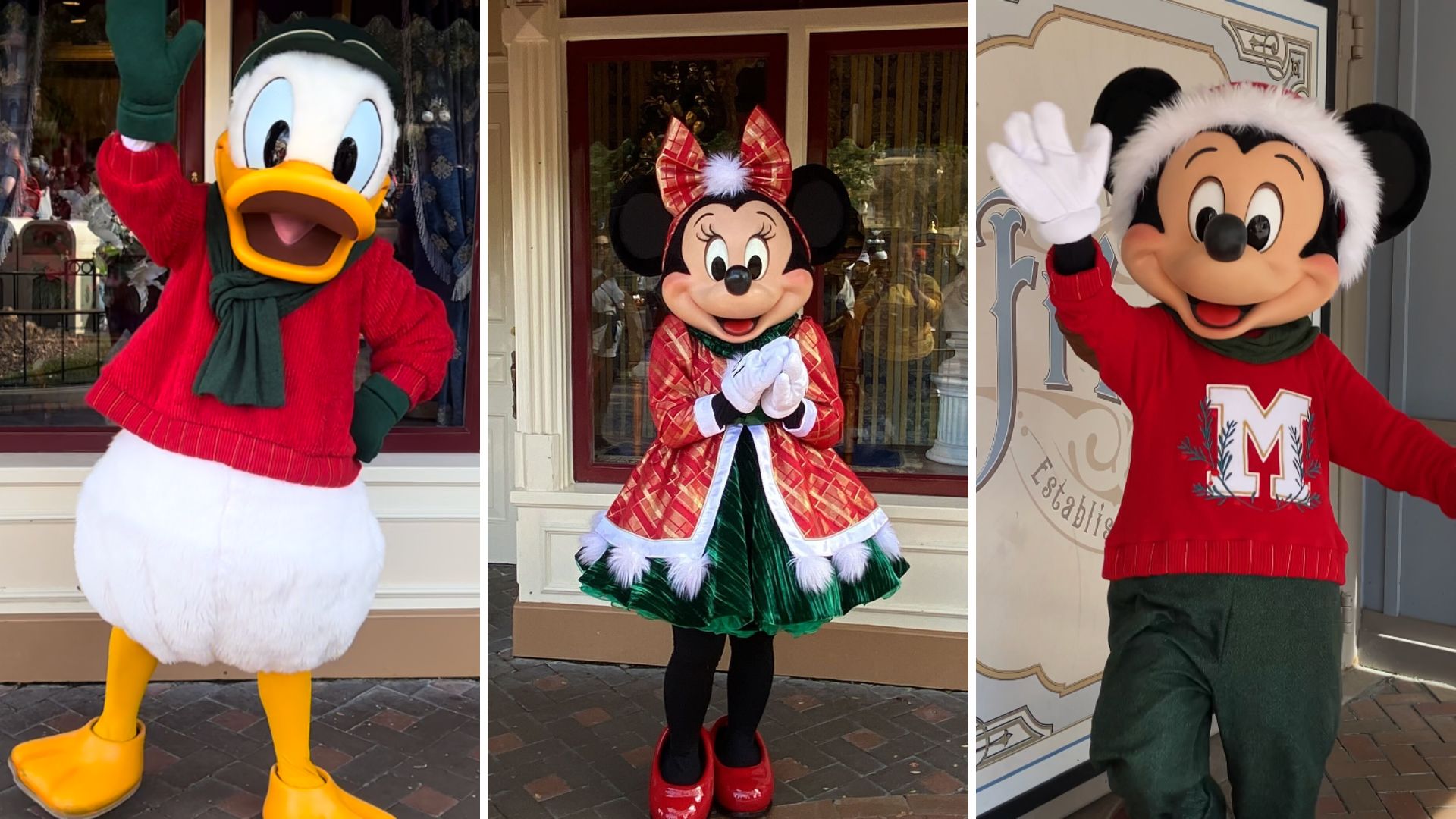 Mickey, Minnie, and all their friends are now appearing in holiday outfits at Disneyland Park.

We first caught Chip hanging out with guests on Main Street, U.S.A.

He wears a green beret, red scarf, and red gloves.

Chip’s hat has a red poinsettia on the gold band.

Dale wears a red hat, green gloves, and green scarf. His hat has a sprig of holly on the band.

Donald is keeping warm in a sweater, scarf, gloves, and hat.

Mickey has a special new sweater with “M” between sprigs of holly on the front.

The sweater has brown elbow patches. He also wears a green scarf and green pants and a Santa hat.

Minnie has an extravagant new outfit. She wears a green velvet dress with a red plaid overcoat.

Her coat and matching bow have white puffs.

We caught Pluto and Goofy when they marched alongside a band. Pluto’s wearing a red and green Santa hat, with a gift tag instead of a regular tag on his collar. Goofy is in red and green with a brown flap hat.