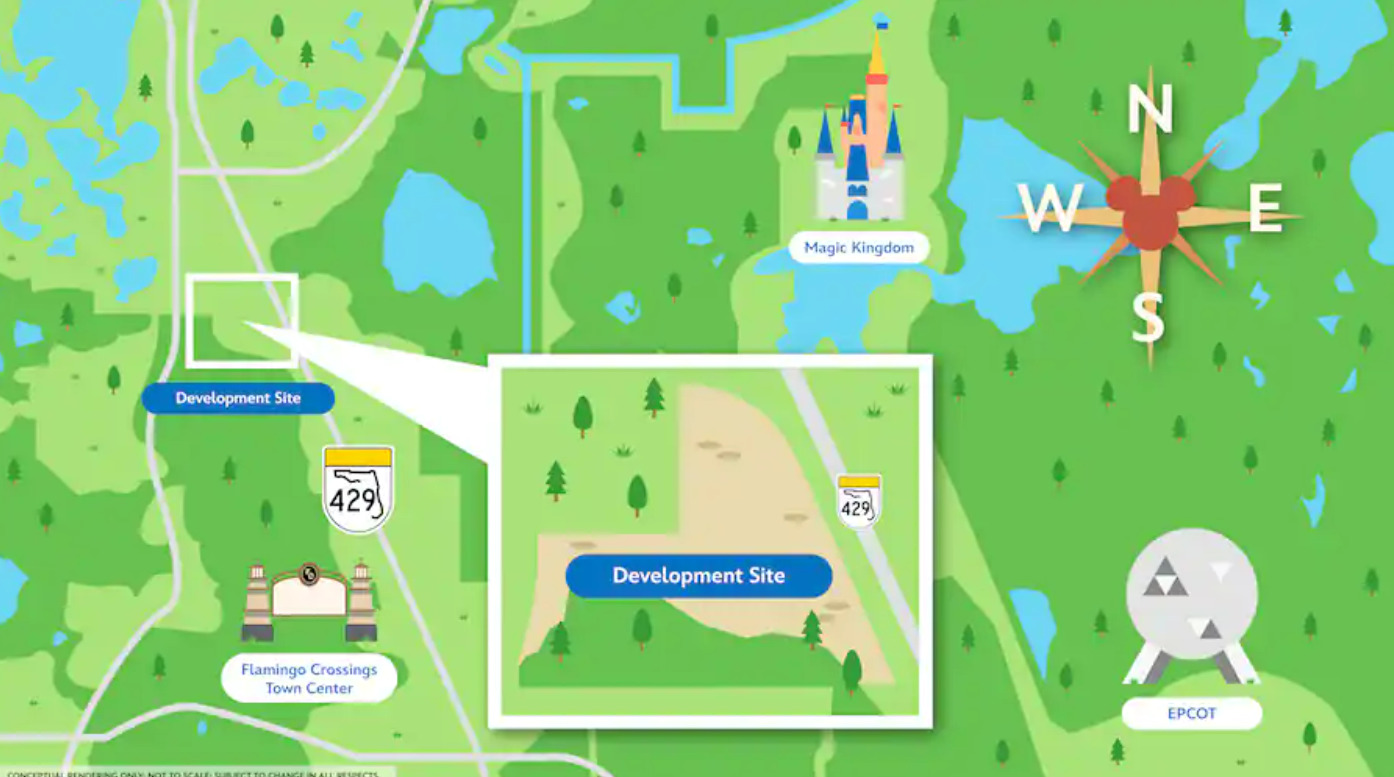 Disney has released more details about the 80 acres they are contributing to an affordable housing development in Central Florida.

“The land we’ve contributed for this initiative is in a great spot west of State Road 429, just a few miles away from the Magic Kingdom, near schools and shopping, including Flamingo Crossings Town Center. The development is expected to include more than 1,300 units.”

Disney has selected a company to build, own and operate the property: The Michaels Organization, a prominent and visionary developer known for creating high-quality homes in communities in many states, including Florida.

The development is expected to be privately financed and limited to applicants within a certain income range.

“For more than 50 years, Walt Disney World has cared for and invested in our community, and we’re committed to being a part of this solution which will bring more attainable housing to Central Florida,” said Jeff Vahle, president of Walt Disney World Resort. “We will continue to find ways to use our resources to make a difference in the community we call home, and we’re excited to take this step with a nationally recognized developer.”

“We are excited to work with an iconic brand like Disney to deliver attainable housing for the Central Florida community,” said Michaels CEO John J. O’Donnell. “Our goal is to create a repeatable model that we hope will inspire other companies and municipalities to create high quality, attainable housing in their own communities.”

This initiative will help offer a viable solution to one of the nation’s greatest challenges and will support and build upon Orange County’s Housing for All action plan to address housing affordability for local residents, an action plan brought about by the passion and leadership of Mayor Jerry Demings.