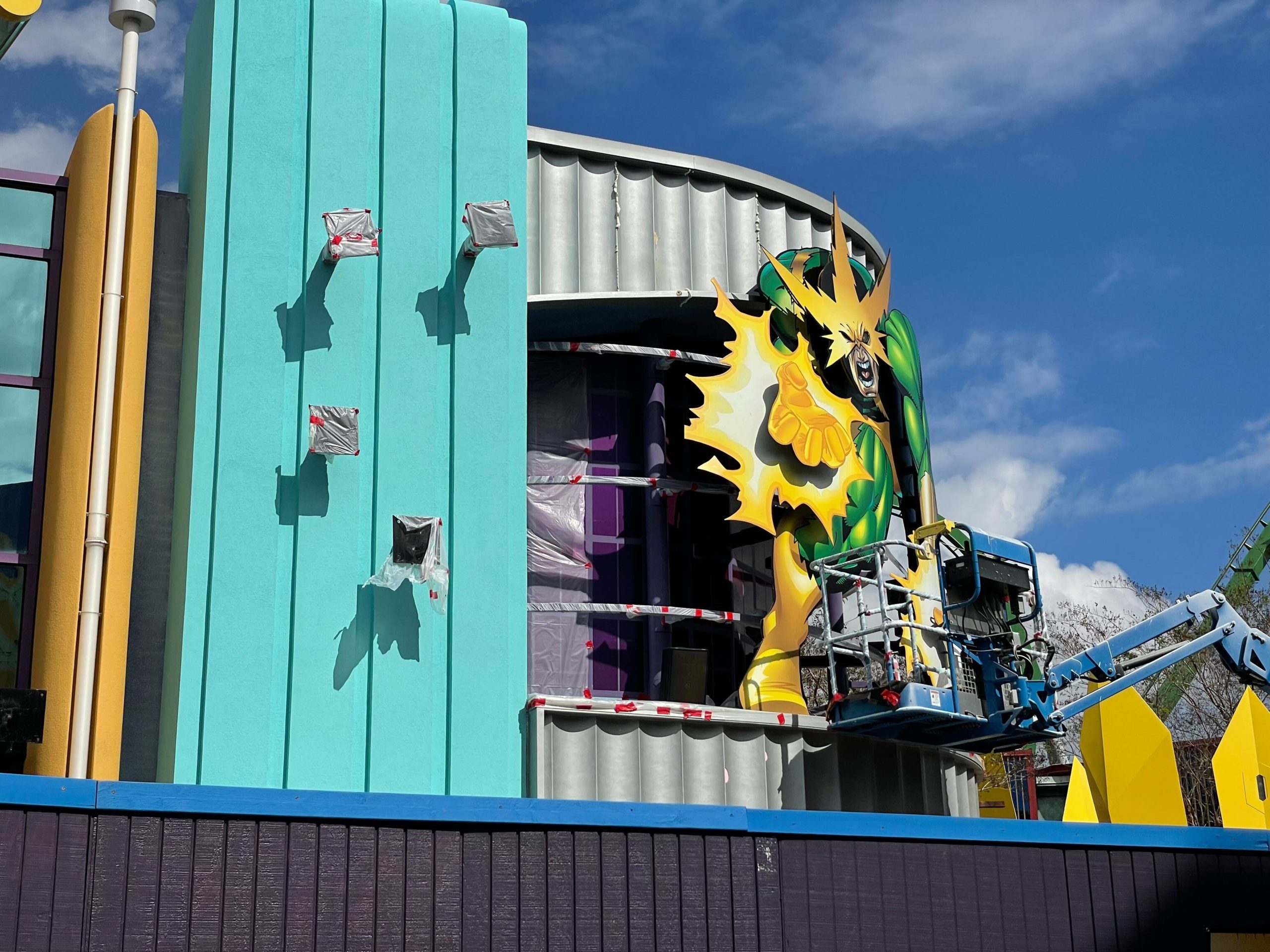 After construction walls went up months ago, we’re finally seeing progress behind them on Marvel Super Hero Island at Universal’s Islands of Adventure.

Cherry pickers were parked in front of the giant Electro flat during our most recent visit.

Some elements of the façade have been removed around Electro.

These square supports previously held flats of Iron Man and Thor. They, and other sections of the façade, are wrapped in protective plastic while crews work on repainting the building.

This is above the Fruit Stand.

The giant Wolverine flat is missing from this side of the Alterniverse Store.

The character flats have likely been removed only temporarily for refurbishment and will return.