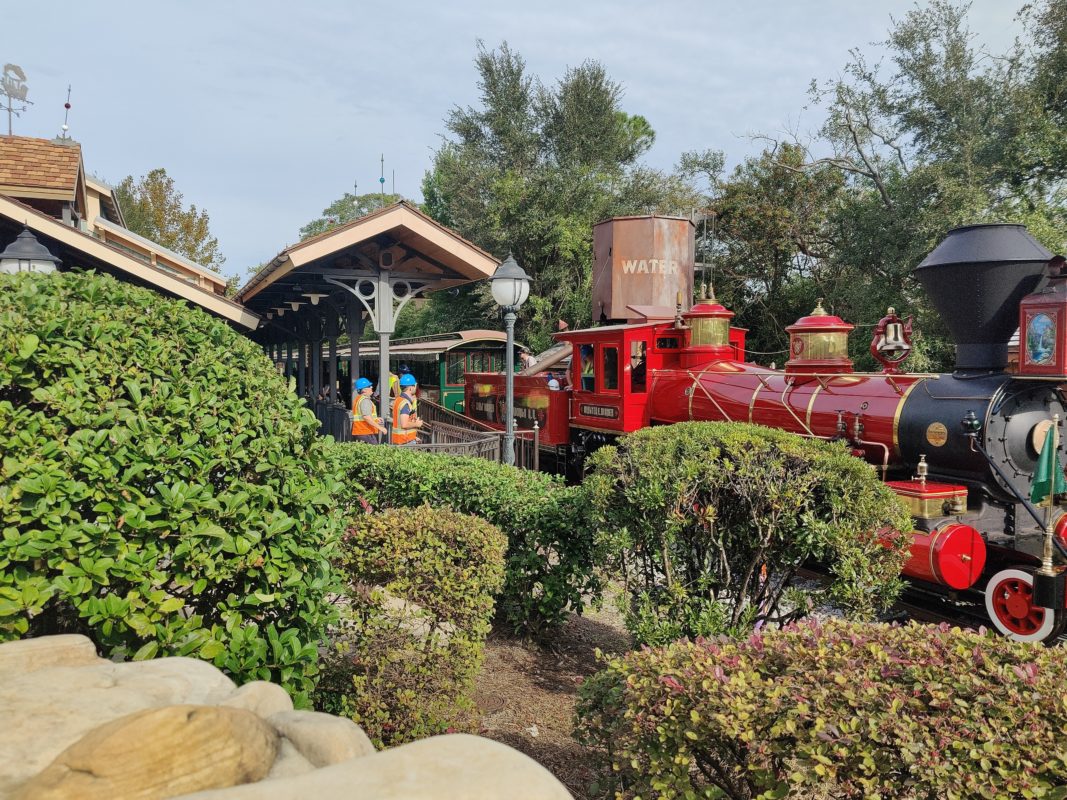 Today, we saw something exciting. During a trip on the Tomorrowland Transit Authority PeopleMover, we discovered a Walt Disney World Train on the tracks just past Space Mountain. The engine, along with passenger cars, was slowly moving along the tracks.

If you look to the left and just below the monorail tracks, you can see some of the passenger cars.

In this photo, if you look to the right side of the photo, just below the large tree, you will see the engine. It is pointing in the direction of the park entrance.

Recently, we reported that we have seen more construction work on the train tracks since October. The railroad has been closed since late 2018, when work began on the TRON Lightcycle / Run attraction — slated to open in spring 2023.

We saw the train making its way to the Main Street, U.S.A. station. We even heard the whistle blowing.

At first, it was unclear which engine was out on the tracks today, but as the train backed into the Fantasyland Station, we got a better look and saw it was the Walter E. Disney engine.

We even got a wave from some of the construction workers as they got a ride back to Fantasyland.

Previously, the train would stop just before the Storybook Circus station. Today, it went through the station and nearly to the Main Street station.

The train was backed up into the station and filled with water.

At first, we thought the testing was just confined to the Fantasyland area, but as we made our way around the park, we saw that train pulling into the Frontierland Station as well.

They also added more water when the train pulled into the station. So, it seems they are testing the train out on most – if not all – of the track.

Are you excited to take a ride around the world when the Walt Disney World Railroad returns? Let us know in the comments below.

Here are some recent updates on the progress of the WDW Railroad: