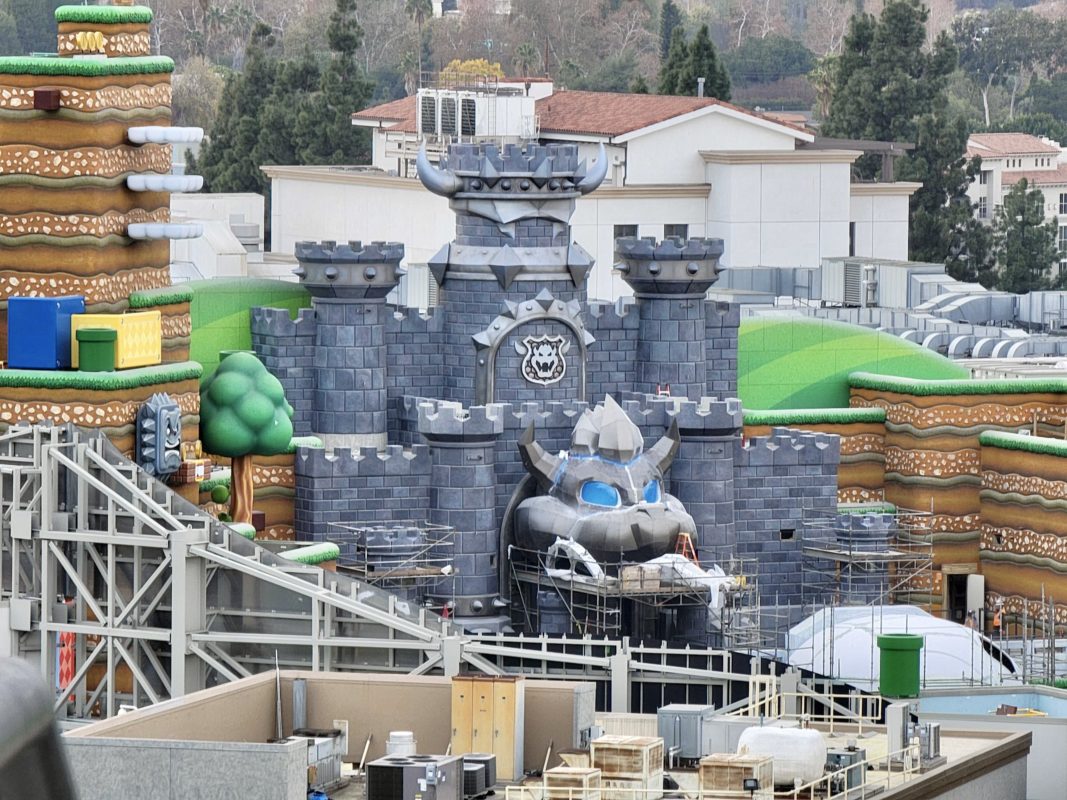 Super Nintendo World is rapidly finishing construction in Universal Studios Hollywood, scheduled to open Early 2023. This week we saw that Bowser’s Castle, which also the entrance to the Mario Kart: Bowser’s Challenge.

Right away, we can see the massive Bowser head attached to Bowser’s Castle. This will be the entrance to the Mario Kart: Bowser’s Challenge.

During our last check-in, we noticed the pink turrets were installed on Princess Peach’s castle.

There is still some blue lining on the eyes, and around the bottom of Bowser’s hair. His eyes should be a fiery red-orange once painted.

Scaffolding is erected at the front of Bowser’s head, and it’s hard to make out if his teeth have been installed as well. Directly in front of Bowser’s Castle, Toad’s Cafe, Kinopio’s Cafe in Japanese, is taking shape, and we can barely make out the signage on the entrance.

Another Goomba has been added. Most of the small, character elements will move once the world has opened.

Yellow, and red blocks have been added next to the blue blocks. It does look like a character could jump out of these and hit a question block above.

A sky blue lamp post has been added outside of the restrooms.

You can take a walk through of Super Nintendo World in Universal Studios Japan below.

Are you excited for the opening of Super Nintendo World? Let us know in the comments!