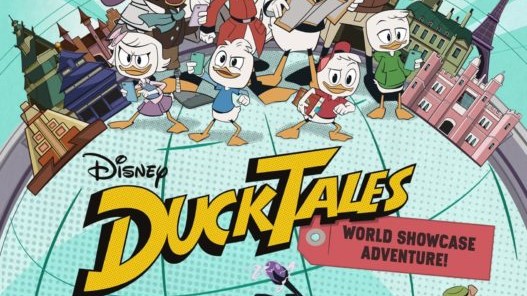 Guests will help the DuckTales crew hunt down the 7 Plunders of the World, with missions in the following pavilions:

Each mission is expected to take 25-30 minutes. Once you have completed all the missions, there is a finale mission. Every mission unlocks an achievement in the app.

The interactive scavenger hunt will invite guests to help Scrooge and his family discover exotic destinations, exciting mysteries, and maybe even a few thieves, villains, and supernatural guardians of ancient artifacts.

While it isn’t currently operating, the World Showcase Adventure has existed in some form for most of the last 15 years. Most recently the attraction was themed around Phineas and Ferb’s pet platypus and secret spy Perry, also known as Agent P. Prior to Agent P, guests helped Kim Possible battle various bad guys around the World Showcase.

The DuckTales version was announced in 2019 and Agent P’s was dismantled in February 2020. It was one of many projects delayed by the COVID-19 pandemic. It had recently been confirmed to open this year and will make that goal with little time to spare.