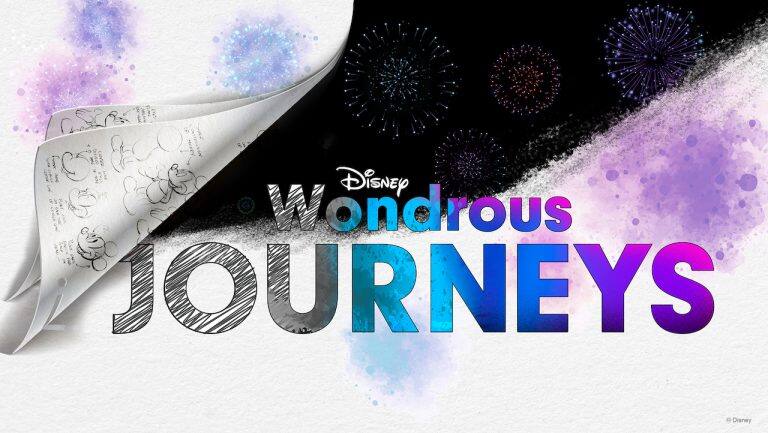 Disney will celebrate its 100th anniversary next year, and the celebrations kick off at Disneyland on January 27. One of the offerings is a brand new fireworks spectacular for Disneyland park: Wondrous Journeys, and a preview of the show’s soundtrack has been released.

This all-new nighttime spectacular will celebrate 100 years of Walt Disney Animation Studios in “an experience that ignites the dreamer in all of us.” “Wondrous Journeys” will reportedly feature “nods to every film released by the studio over the past century,” with music, characters, and special moments from stories including “Encanto,” “Hercules,” “The Princess and the Frog,” “Peter Pan,” “Frozen,” “Treasure Planet,” “Big Hero 6,” “Moana,” and more.

The spectacular will also feature an original new song, “It’s Wondrous.” Check out this behind-the-scenes look at the recording session for this song, and hear from some of the creative minds behind this new spectacular:

Throughout “Wondrous Journeys,” you will embark on an adventure filled with artistry, music, storytelling, and heart as we celebrate the dreamers at Disney Animation who have shared their imagination and talents with the world for one hundred years.

State-of-the-art projection effects will surround you with blank pieces of paper, pencil sketches, and splashes of color, as the artistry of animators breathe life into beloved characters from Mickey Mouse and Bambi to Ariel and Mirabel. And in a thrilling moment of heroism, Baymax soars high above Sleeping Beauty Castle inspiring us all to fight for our dreams.

Special lighting effects, projections, and more carry us on an adventure full of possibilities, excitement, heartache, and determination that help us realize we all face trials and triumphs along the way to making our dreams come true.

Main Street, U.S.A., Sleeping Beauty Castle, the façade of “it’s a small world” and the Rivers of America will turn into an artist’s canvas and bring stories to life all around you. And on select nights, “Wondrous Journeys” will go even bigger with the addition of sparkling fireworks in the sky above Disneyland park.