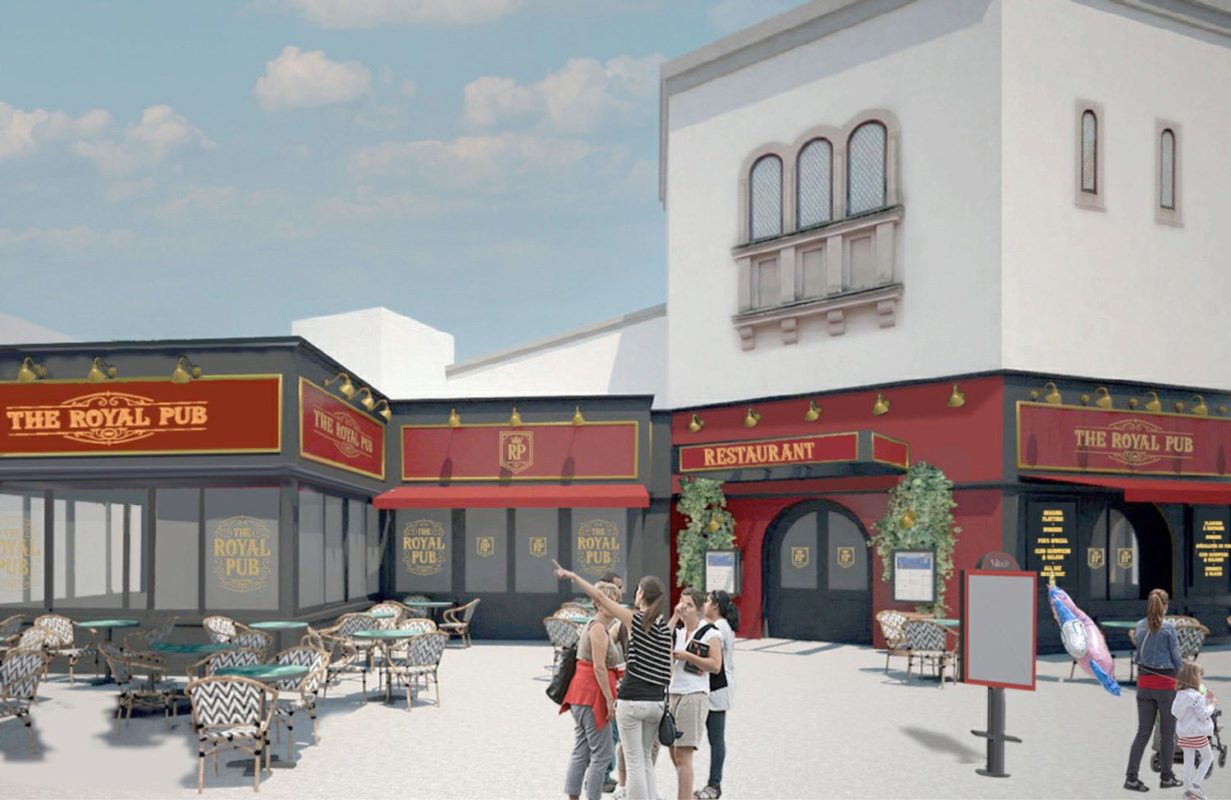 The King Ludwig’s Castle restaurant in Disney Village at Disneyland Paris will permanently close on January 8, 2023, to be completely rethemed, DLP Report shared on Twitter.

The new restaurant will be The Royal Pub. The retheme will happen quickly, with the England-themed pub opening in February 2023.

The building’s façade will be updated with a red and gold color scheme. Its current tent and castle tower-like elements will be removed. The terrace, bar area, and dining room will also be updated.

The above photo is of the current interior of King Ludwig’s Castle, featuring a life-size knight on a horse statue.

King Ludwig’s Castle was inspired by the real King Ludwig II of Bavaria, Germany, and the real buildings he commissioned, including Neuschwanstein Castle.

Have you ever visited King Ludwig’s Castle? How do you feel about it being replaced with The Royal Pub? Let us know in the comments.