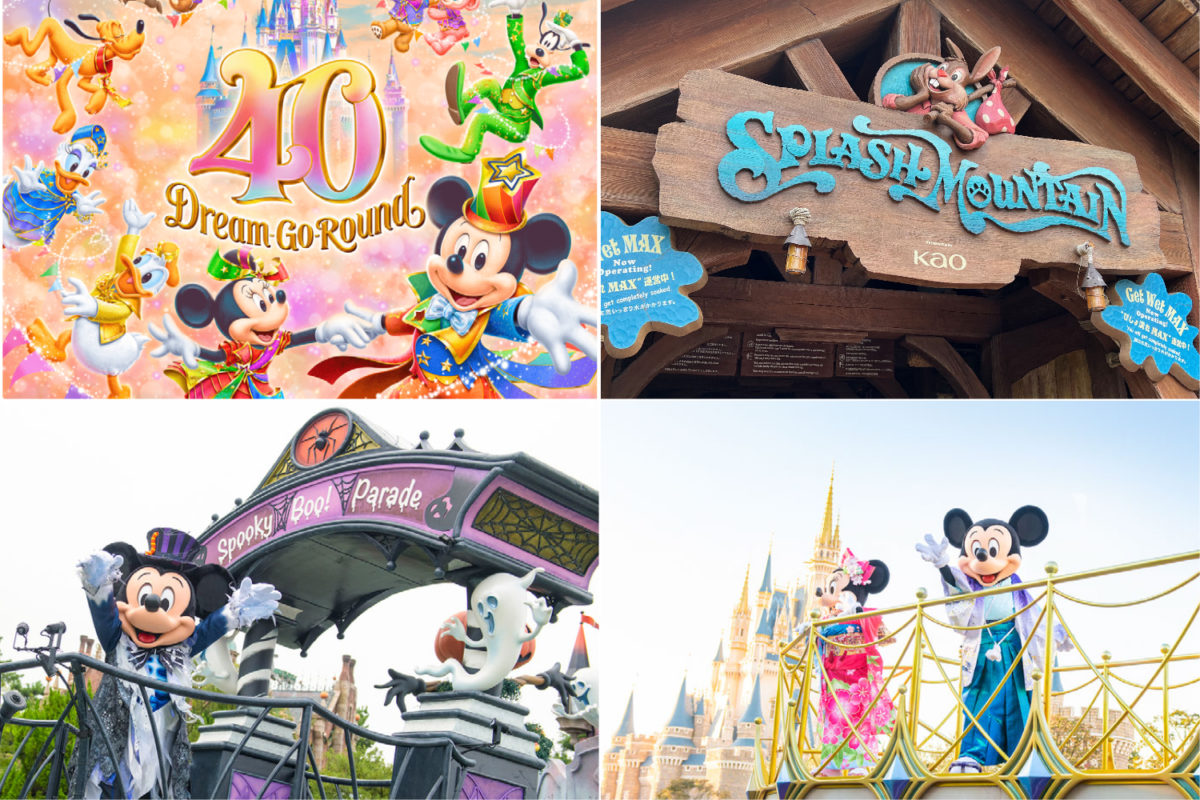 Today, the Oriental Land Company revealed its event calendar for the 2023-24 fiscal year, which was very light on the details but seems poised to be yet another year of reduced events around the resort.

The biggest event of the year is of course set to be the Tokyo Disney Resort 40th Anniversary celebration. Titled “Dream-Go-Round,” the event takes place from April 15, 2023 through March 31, 2024 and will feature decorations across both parks, special food, merchandise, and entertainment, as well as the new daytime parade “Disney Harmony in Color” at Tokyo Disneyland. Decor is also set to cover Cinderella Castle for the first time in ten years along with decorations at World Bazaar and around the Tokyo DisneySea entrance.

Entering a harmonious world of vibrant colors, Guests will first be greeted by Tinker Bell as the parade opens, followed by many other characters from popular Disney films such as “Zootopia”, “Moana” and “Wreck-It Ralph”, as well as Pixar films like “Coco”, appearing on colorful floats full of fun. In the finale, Mickey Mouse and the gang appear, inviting guests to a world of colors and harmony.

A return of Disney Easter was not announced for Tokyo DisneySea.

While actual summer events seem to be off the table for this year at Tokyo Disneyland, the incredibly popular Splash Mountain “Get Wet MAX!” will return this year. From July 4 through September 6, Splash Mountain will become Splash Mountain “Get Wet MAX”, where guests will get even more soaked than usual (which isn’t much really) to beat the extremely hot and humid (dare we say worse than Florida) Tokyo summers. The change was really just the installation of an extra mist machine at the ride’s climactic drop, but it did make quite a difference.

Also at Tokyo Disneyland, the new “Get Wet Toontown!” has been announced, which will see guests able to get soaked around the zany home of the Disney friends, particularly focused on a water play area specifically for kids.

Meanwhile at Tokyo DisneySea, the well-worn one barge harbor greeting will return featuring only the Duffy friends for the first time, in lieu of a proper harbor show.

Like Halloween, details were sparse other than that the event will be held. Tokyo Disneyland was well overdue for a parade replacement even prior to COVID-19, so it would be nice to see something to replace “Disney Christmas Stories” after nine years. Meanwhile Tokyo DisneySea is currently without a show now that “It’s Christmas Time!” seems to have been shelved.

As always, the New Year’s Greeting will return at both Tokyo Disneyland and Tokyo DisneySea, featuring Mickey and Minnie in their traditional kimono.

Neither a winter event for Tokyo DisneySea nor the traditional Tokyo Disney Resort 40th Anniversary Grand Finale were announced for the winter and early spring period of 2024.

Things seem to remain sparse at Tokyo Disney Resort even as the monumental 40th Anniversary approaches. How do you feel about the calendar? Let us know in the comments below!