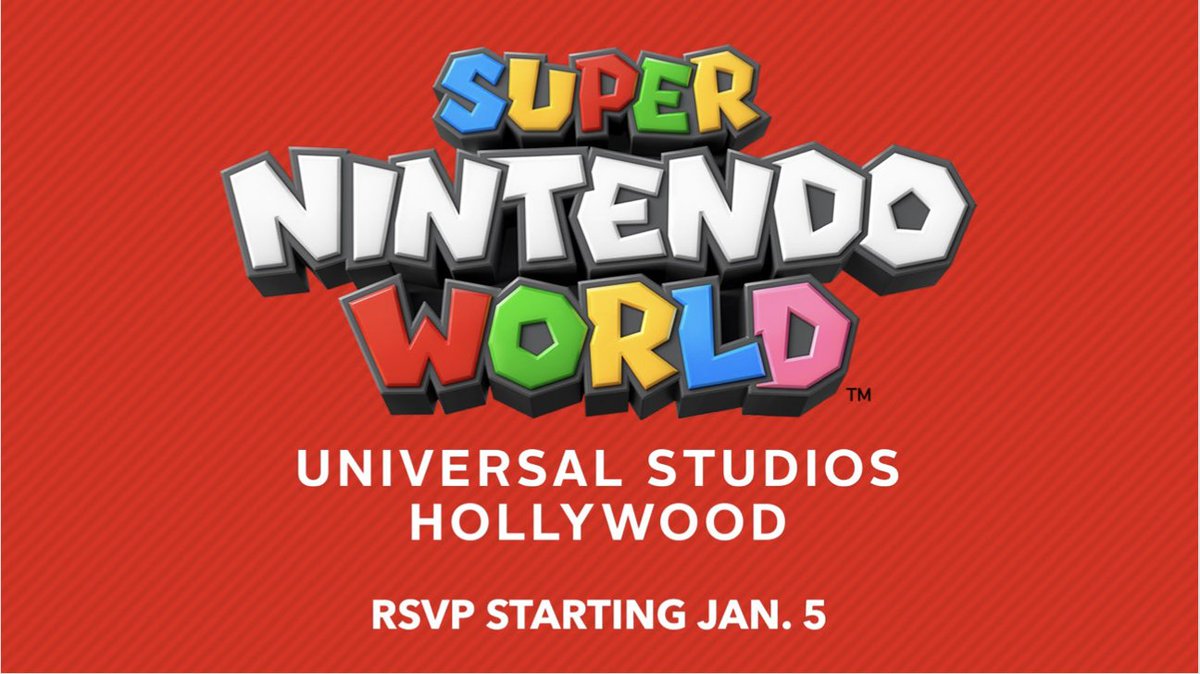 Universal Studios Hollywood Passholders will be able to preview Super Nintendo World before it officially opens to the public on February 17, 2023.

The previews will be on select dates from January 29 through February 11. Registration will open on January 5, 2023 at 1:30 p.m. PT. Passholders must reserve their spot beforehand on the Universal Studios Hollywood Pass Member page. Reservations are limited and available on a first-come, first-served basis.