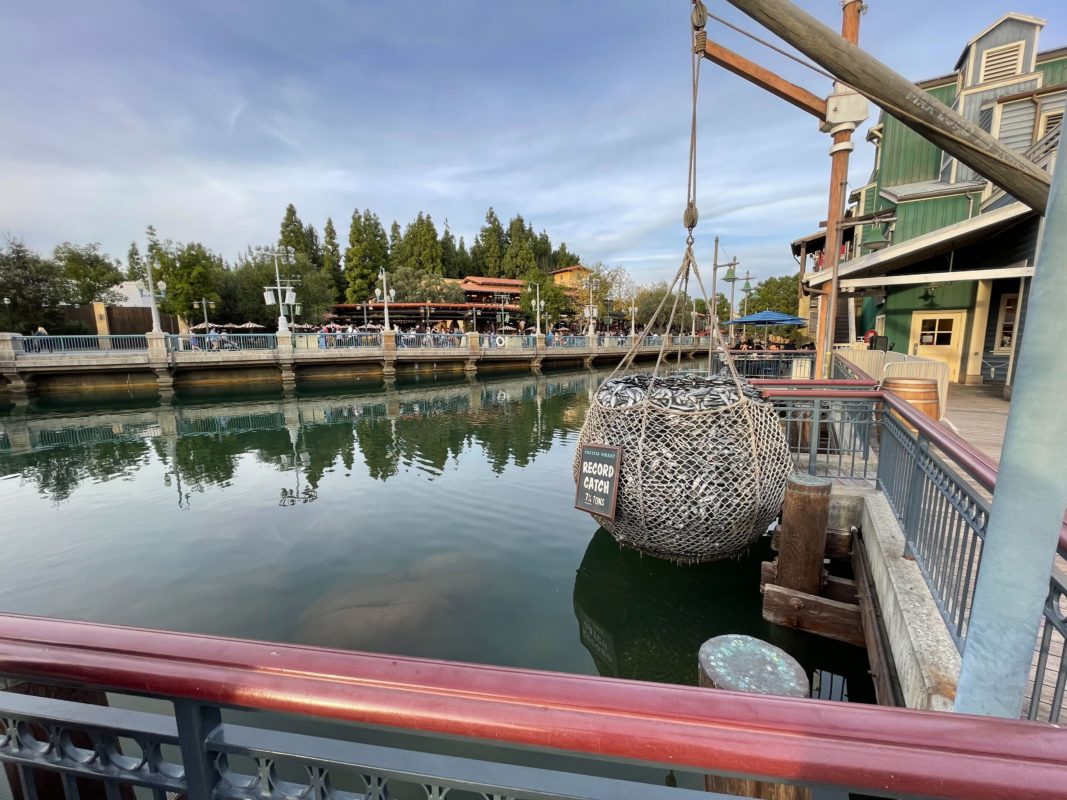 Earlier today, we announced that construction had begun on the reimagining of Pacific Wharf, a small mini-land of restaurants at Disney California Adventure based on San Francisco, which is set to be reimagined to San Fransokyo, from “Big Hero 6.” After stopping by to take a look for ourselves, it seems constructions has not yet begun.

We stopped by Disney California Adventure today to inspect the new construction and to see if the lagoon had been drained.

Not only had the lagoon not yet been drained, but we didn’t notice any new construction at all aside from a railing being repainted.

It was previously reported that construction had begun, and the lagoon was set to be drained today. While the draining of the lagoon may end up happening later today or after park close, no construction on Pacific Wharf has begun as of yet.