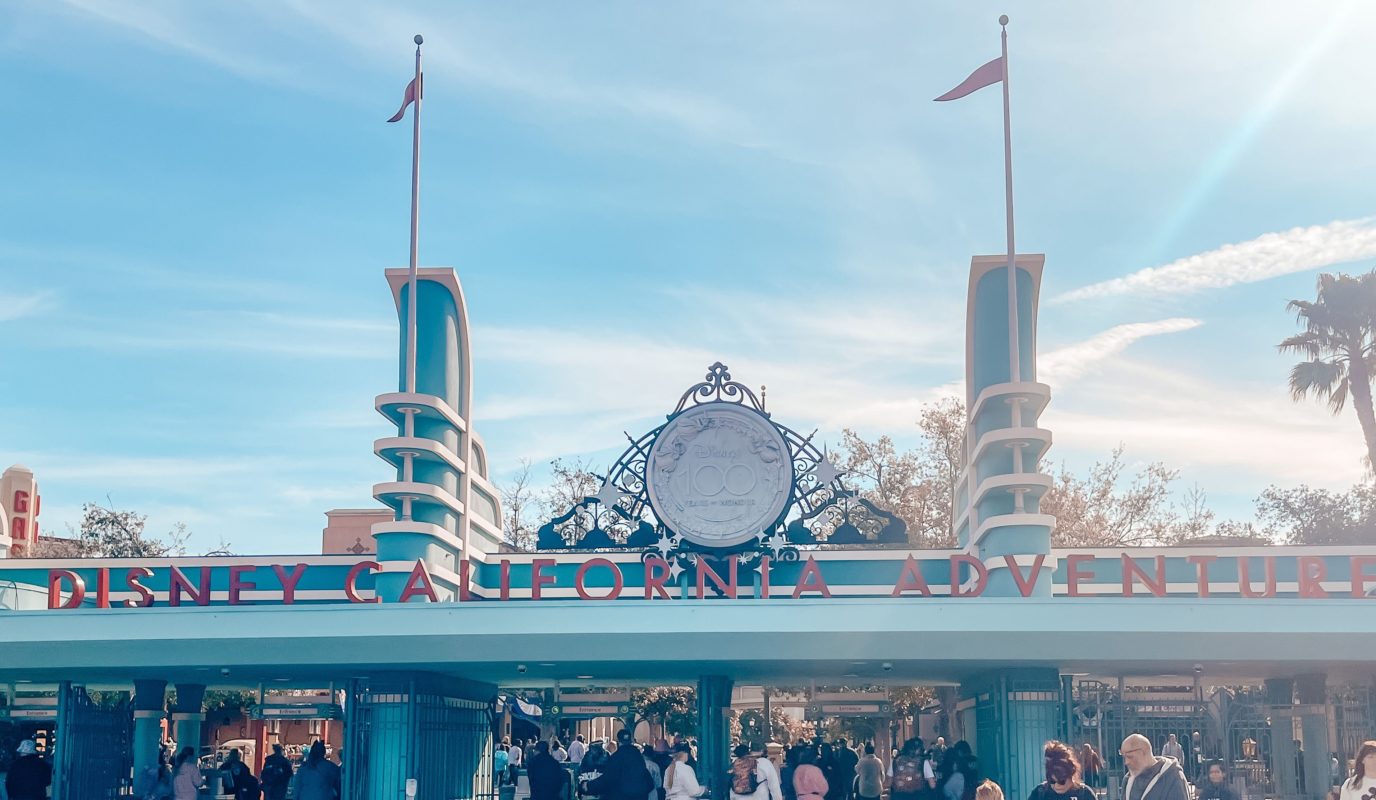 A large Disney 100 Years of Wonder medallion has been erected above the entrance to Disney California Adventure.

The medallion is right before the “Disney California Adventure” sign.

It’s a large silver circle featuring the three fairies from “Sleeping Beauty.” Stars and diamonds are on the black frame around it.

It matches the medallion in Downtown Disney District concept art released earlier today for the celebration. Smaller medallions and banners will be on Buena Vista Street lampposts inside the park. There will also be platinum statues. MagicBand+ will interact with some Disney100 decorations, presumably the statues.

The Disney100 celebration officially begins on January 27, 2023, which also marks the debut of “Wondrous Journeys” and Mickey & Minnie’s Runaway Railway at Disneyland, and “World of Color: ONE” at Disney California Adventure.

Mickey & Minnie’s Runaway Railway at Disneyland Will Close During Fireworks