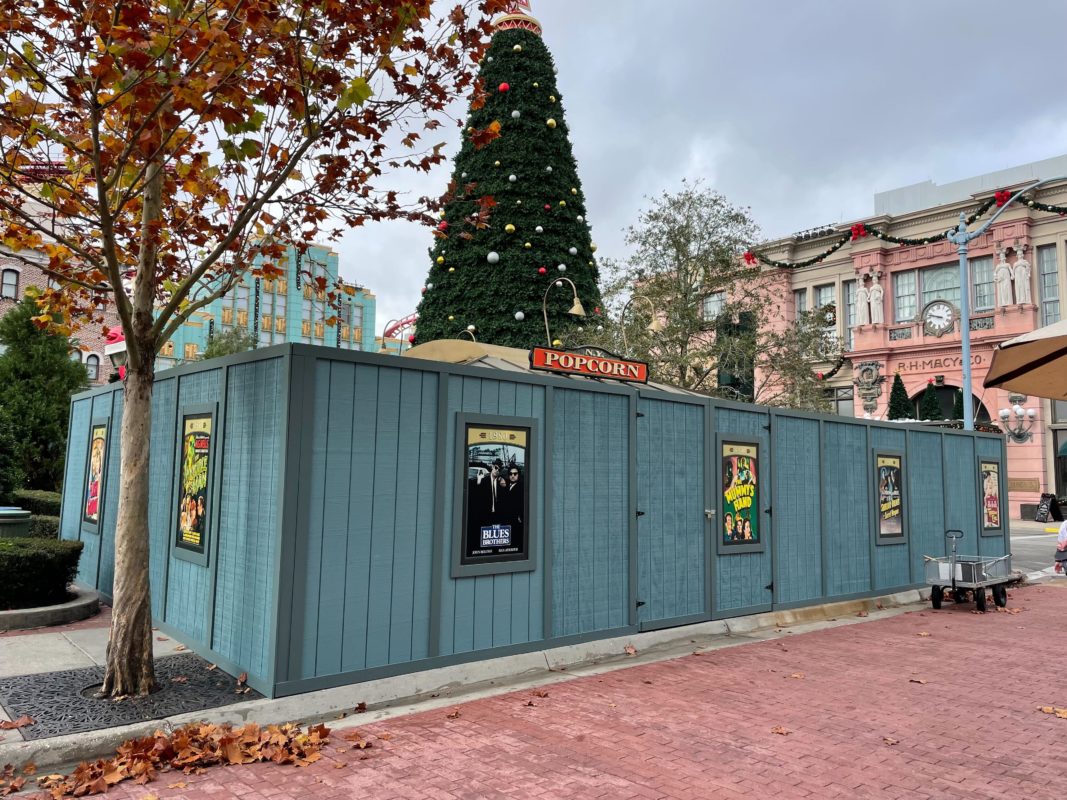 The food booths at the corners of Gramercy Park in Universal Studios Florida are now behind construction walls.

These booths face the old Tribute Store location, on either side of the Christmas tree (which will be coming down soon). Construction walls wrap around both booths, but the walls don’t connect, leaving the park open between them.

The stands just barely peek out over the blue construction walls. Universal movie posters were added to the walls the day after they first went up.

One of these booths usually sells popcorn while the other sells pizza.

No construction materials are visible on site. The walls could just be blocking preparation for Mardi Gras: International Flavors of Carnaval.

Gramercy Park is also home to what is now the park’s only smoking area.