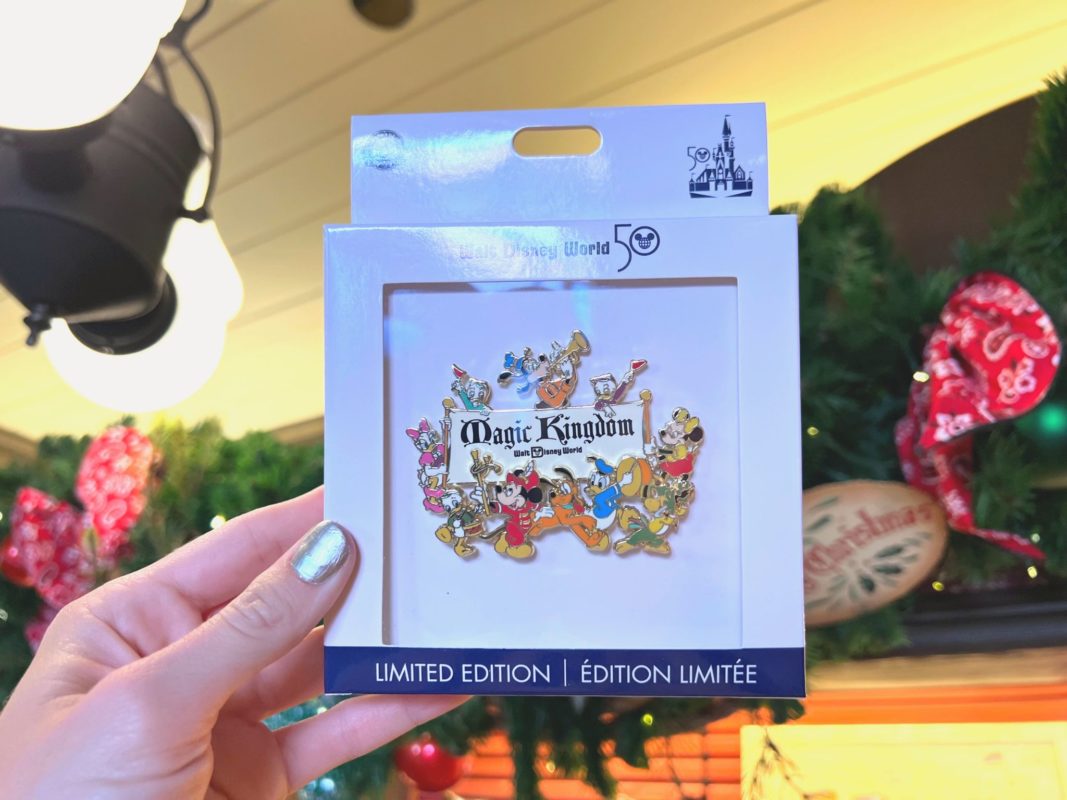 The large pin features Mickey and friends marching around a Magic Kingdom banner. We saw this same design on merchandise released in 2021.

Mickey is in a marching band uniform, and some of the other characters carry musical instruments.

This pin has a limited edition size of 3,000. Will you be adding it to your collection?