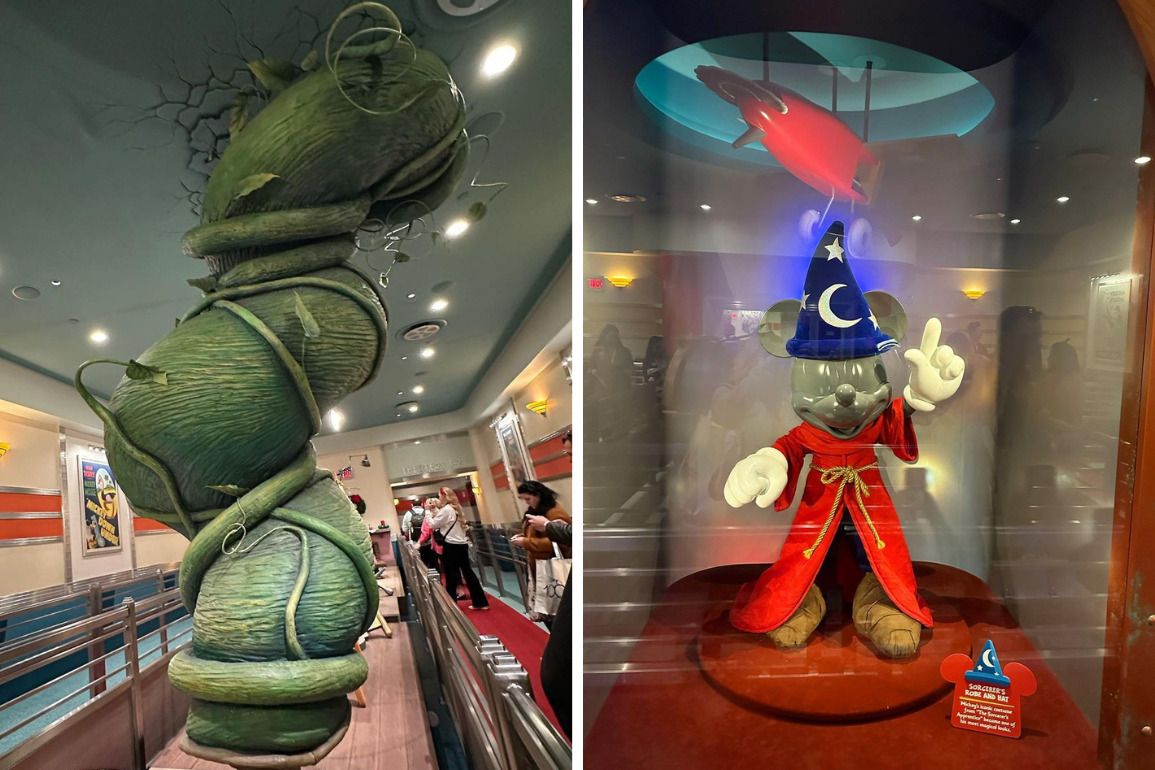 Mickey & Minnie’s Runaway Railway opens on Friday, January 27, at Disneyland, but D23 has shared an inside look at the newest attraction, including the “Mickey Through the Years” exhibit in the queue.

They also shared a full look at the finished façade, the El CapiTOON Theater (named after the El Capitan Theatre in Hollywood).

The queue features a banner with Walt Disney’s quote, “…it was all started by a mouse…”

Inside the queue is an exhibit titled “Mickey Through the Ears,” featuring artifacts and replicas from Mickey’s history. Right as guests enter, they are greeted by the “Steamboat Willie” ship wheel. Hanging from the ceiling is the plane from “Plane Crazy.” “Plane Crazy” was the first film produced starring Mickey and Minnie, but “Steamboat Willie” premiered first.

A representation of Mickey’s costume from “The Sorcerer’s Apprentice” is on display.

As is part of the giant beanstalk from “Mickey and the Beanstalk.”

Stay tuned for a full tour of all the details when Mickey & Minnie’s Runaway Railway opens this week.

1928 represents the year that Mickey debuted.

They also shared another look at the Cast Member “trainsformable” costumes.

There is also a display for the “history” of the El CapiTOON Theater, including a film reel for “Flowers and Trees.”