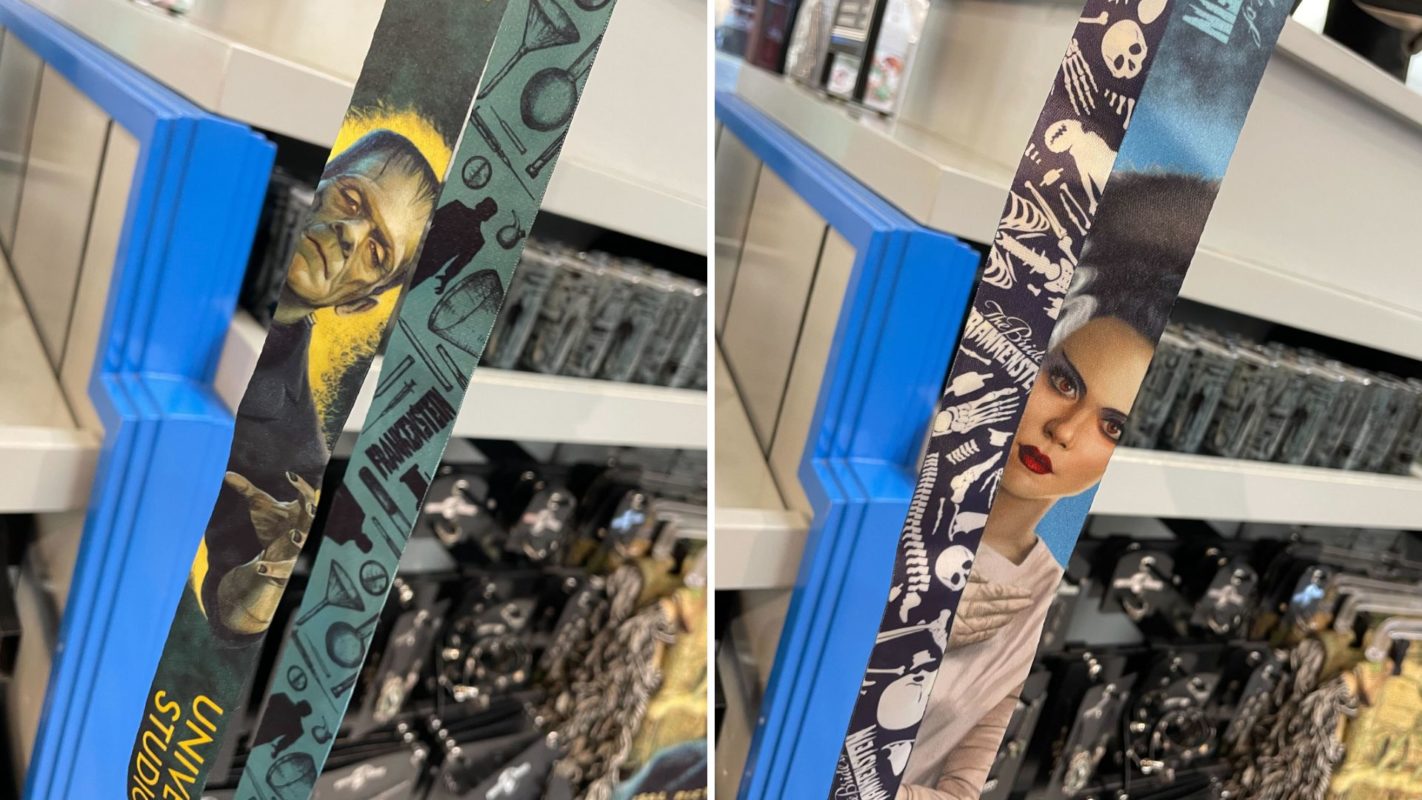 Keep Halloween Horror Nights near your heart all year long with a new lanyard featuring Frankenstein’s Monster and the Bride of Frankenstein. It’s available alongside other classic monsters merchandise in Five & Dime at Universal Studios Florida.

The lanyard is reversible. One side is inspired by Frankenstein’s monster, with his name in chilling yellow letters above an image of him.

There’s a pattern of science materials and the monster’s silhouette, all against a green background.

“Universal Studios” is below the monster.

The other side of the lanyard features the Bride of Frankenstein against a smokey blue background.

“The Bride of Frankenstein” and “Universal Studios are in bright blue letters.

The black and white pattern on the other end of the lanyard features skeleton pieces and the Bride’s silhouette.

Do you love the Frankensteins or is another classic monster your favorite? Let us know in the comments!

Annual Passholders can currently pick up a complimentary lanyard.