Update: 5/28/11 The Playwright sent us some pictures from the NYC Times Square Disney Store, vinyl displays and the new 9″ Liberty NYC figure. Check them out below. He also said there are no markings on the box that say Limited Edition. So this may be another Statue of Liberty Minnie that is around for awhile. 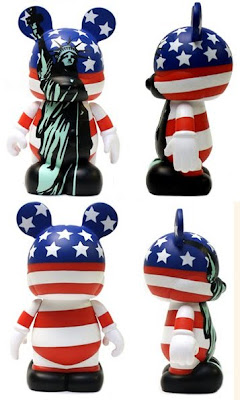 Disney just announced that this amazing, and patriotic, 9″ will be released on May 27th at the Disney Store in NYC Times Square. It’s designed by Jim Valeri who also has done the exclusive NYC TImes Square “Hey, Taxi!” figure. No word yet on if it’s a limited edition or not.

“I really like the flag as the background. Also, the statue of libery looks great (in this picture). I hope it looks that good in person. Although, as a non-fan of 9″s, I don’t think I’ll be getting this one” -MC

What do you think of this piece?

Pictures from The Playwright: 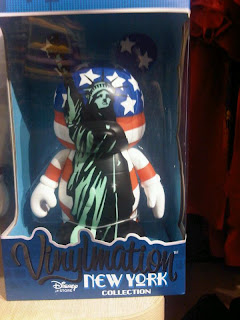 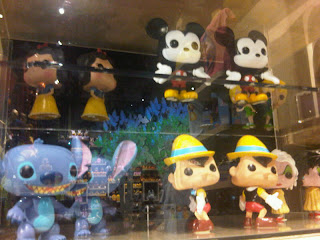 Disney Pop Vinylmation. For those of you who haven’t seen these yet, we will be posting a story soon.

Previous
Stormtrooper of the Week #17
Next
Star Tours: The Videos Continue