Star Wars restocked and ready to be signed

Disney announced today, that they have restocked the Star Wars Series in the stores in Hollywood Studios. 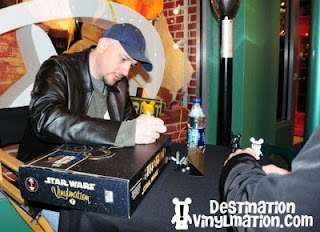 For everyone in California, remember that he’s coming to your coast on June 4th.