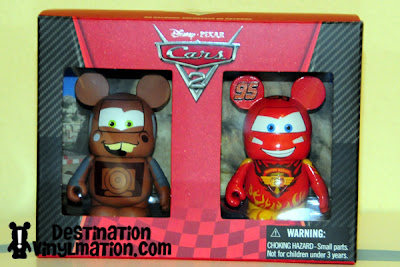 The packaging is nice if you want to just keep them boxed up. It has a backdrop behind the figures of one of the racing locations in the movie. The design is flashy with logos that pop right out at you. 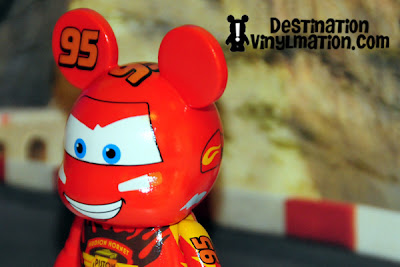 Lightning has one of the flashiest paint jobs I have ever seen on a Disney Vinylmation. He has a sparkle to him in the light. The red paint looks really good and all the other features painted on have a bold look to them. It’s a busy figure, with things going on all over it. He is designed after the Cars 2 version, so he has the Hudson Hornet Piston Cup logo on the “hood”. That’s the only design oddity, and I’m not sure if it would have looked good if Maria place things correctly. But in the movie, the mouth would be below the hood design, but on the vinyl its more a representation of the characters as the hood design is below the mouth. 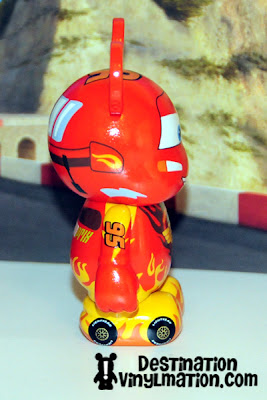 The side has wheels on the feet, the lightning bolts and the number 95. No detail left unturned. Event a 95 on the roof. 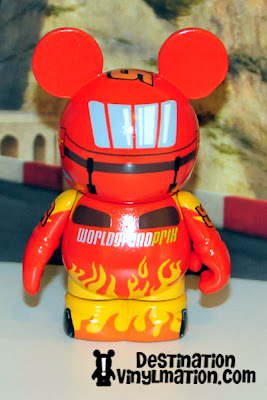 The back has the rear view window, tail fin and says World Grand Prix. Overall, this is a flashy piece that has a lot of character. A happy addition to my collection. 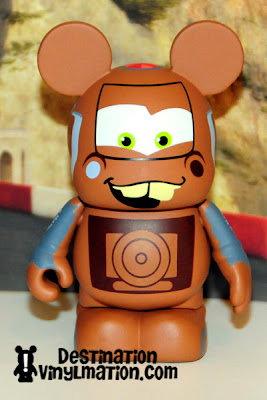 Mater is one of my favorite Pixar characters and his Vinylmation hits in spots but misses in some important ones. The face is just a tiny bit off to me. I know this is a small thing, but I think if the eyes where more open and the mouth a little bigger and more open, that would have helped. I do enjoy the details like the missing headlight. 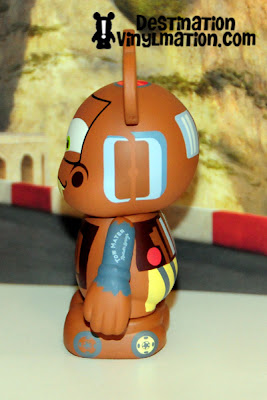 A look at the side shows how Maria had to walk the line between putting these characters on the vinyl and just representing parts of them. She decided to put Tow Mater horizontally on the arm and I think that works well. And another great detail, Mater’s one different tire is painted on his left side. 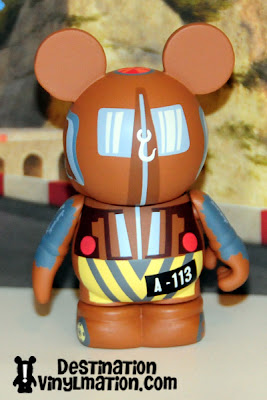 The back represents his tow hook and bumper. Looking overall at the back, side and hood, things seem to look very blocky. Just kind of place there instead of really feeling like they belong. Not being a designer, I can’t say what’s best, but I think I would have enjoyed a grittier, more real feel to Mater. 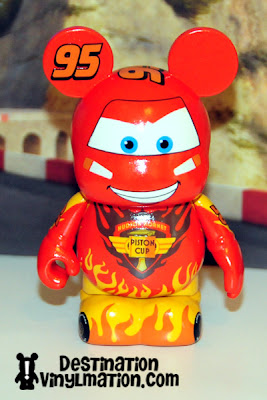 It has to be so incredibly hard to capture a vertical car on horizontal canvas and the flashy Lightning piece works well for me, but Mater is just missing some of the characteristics that would make him feel like a whole figure instead of just blocks of design around the mold. As a set, its a nice addition from a move franchise I love.

btw horizontal is flat and vertical is up and down. you have it backwards.

Not if you lift his arm up