Update: 11/20/11 This blind box set was released as a Japan Disney Store exclusive on November 18th for 990 Yen per blind box (about $12.88 USD). The interesting thing about this set is there are 12 known figures and 1 mystery chaser. Thanks to reader Nick for pointing us toward some eBay auctions. The chaser has been revealed as: 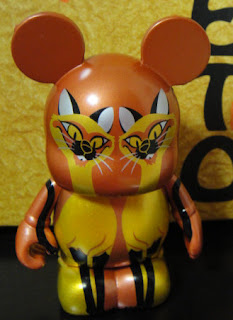 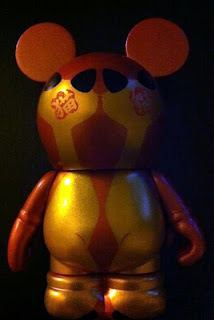 Back (photo from eBay seller disneycoin)

The Siamese Cats from Lady and the Tramp. I was so very afraid of these cats as a kid. I used to think they were after me in my sleep. But this Vinylmation looks incredible. The sealed case still comes with 24 blind boxes, so it seems you get a set of 13 and another 11, hopefully different, figures. Here are some screen shots of the packaging: 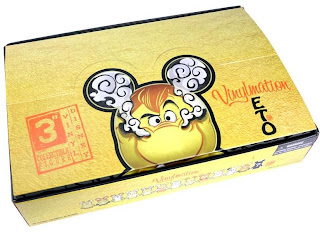 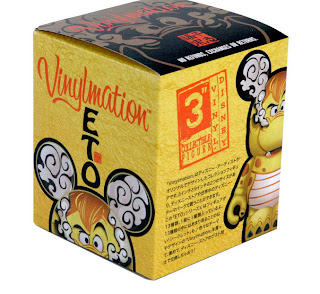 Packaging photos from Japan Disney Store Online
We also now know the artist to be K. Murase… the same artist who designed the pirate Hero of the Caribbean Mickey from Japan. 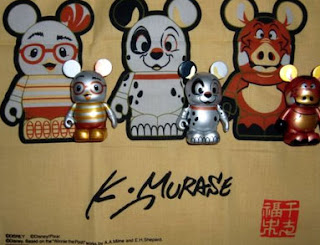 Photo from eBay seller mickey20072007
Here is a look at the set from the Japan Disney Store Online:

I always enjoy seeing what comes out of Japanese Pop Culture. On eBay, a couple new pre-sales have popped up for some Japan exclusive Vinylmation. The first one is a very interesting looking set that could create a lot of buzz stateside.

It’s a set of Zodiac signs using Disney Characters. Can you name them all? Highlight the text below to reveal the characters.


The above set releases on November 18 in Japan. As of this post, two eBay sellers have it listed. One is a Buy It Now for $650, the other has a starting bid at $205. There is another Japan exclusive also listed on eBay as a pre-sale… 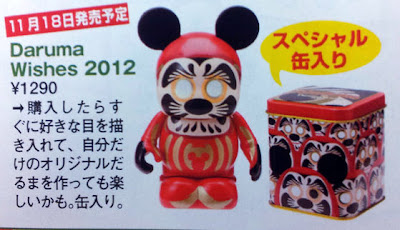 1290 Yen converts to about $16.79. Not bad for a special Vinylmation in a cool tin. Daruma dolls are seen as a symbol of perseverance and good luck in Japanese culture. You may need said luck importing this Vinylmation from Japan at a good price. Right now, there is one Buy It Now for $50 and a second auction that has 3 bids and is up to $51.

I’m sure year of the rat is represented by Remy from Ratatouille and not Jaq the mouse.

honestly, it looks more like gus gus from cinderella, when he is in the trap…and honestly, his body type would go best on the vinylmation figure, so i have to disagree with both the story and the comment above. the only reason i dont think its remy is because remy is too slender of a character to put on this platform, could be emille, but my instinct was gus gus :D also maybe the mouse from the aristocats (roquefort)

you know what, it wouldnt be either of those two that are mice up there, its the year of the rat, either django, emille, or remy…since the others arent all major characters, i hope its emille :D

I think its funny how these are being released in Japan instead of HK Disneyland. The reason being is because Japan does not follow the Lunar Moon calendar for these zodiac signs. But these do look awesome, I have to get the whole set!!!

Also those cats are from Lady and the Tramp, not 101 dalmations.

Japan Disney Store made an announcement on Nov 22 that they apologize for there may not be a mystery one in a 24-pcs carton.