2011 Year in Review: Intern Austin Has His Take

Each day this week, someone from the Destination Vinylmation staff will give their Top 10 list from 2011. The lists can include just about anything from figures to sets to headlines to personal moments. Please feel free to comment with your favorites and memorable stories from the past year as well. 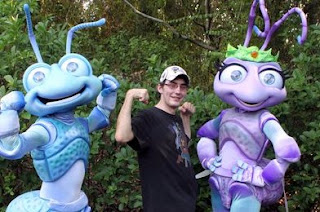 10. Meeting new people
I have loved getting to know a lot of the regulars from the Walt Disney World trading circuit. What would have seemed like forever waiting for the Disney Afternoon sets by myself was a lot more fun with all my friends there. I have had so much fun hanging out with Nick and going to the parks on a regular basis. I would like to thank them for making me a part of Destination Vinylmation. I look forward to meeting tons of new and exciting  people in 2012.

9. Park 7 and the announcement of park 8
I have never been to Disneyland but I have come to Walt Disney World every year growing up. Which, of course makes me a huge Disney World fan and I absolutely love the fact that come next year we will have two sets that are exclusively Disney World. 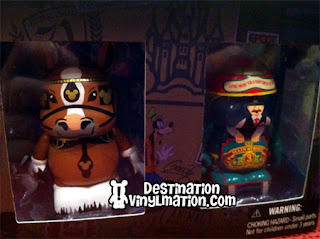 I also love the designs of park 7, with the LE sets and the 9″s being utterly breathtaking. I can only assume that we will have just as breathtaking LE sets and 9″s for park 8.

8. Becoming Vinylmation Obsessed
In 2010 I just wanted Beaker from Muppets 1 and the toy story series. Since I love the Muppets and collect anything and everything toy story. In January 2011, my mind set had changed from “who would ever want to collect these 3″ toys” to becoming one of the biggest Vinylmation collectors out there. Wanting just about every vinylmation under the sun, going to every trade event, waiting in line for over 7 hours, and waiting online all night. I can now proudly say I have truly become obsessed with Vinylmation.

7. Accesories
Oddly enough more than the figures themselves I love accessories. We had great accessories this year from hats and tails to skateboards and candy canes. I love how far vinylmation has come in the past year with accessories. In 2010 we had sorcerer mickey’s hat, nbc mayor’s hat, evil dr. porkchop’s hat, Woody’s hat, Jessie’s hat, buttercup’s horn, buzz lightyear’s dome, and the giraffe’s neck. In 2011 we had so many hats there’s too many to list. There are quite a few in villains 2.

A majority of afternoon sets had hats. Park 6 and 7 chasers both had hats. We had lightsabers, nerds glasses and wands. Mushu, Pinocchio, and Cheshire cat all had tails. The skateboard from goof troop (which I always love to mention because it is my favorite accessory). And rafiki’s staff (which is a very close second for me).

6. Awesome Selection of 9″s
If I had to start cutting down on buying vinylmation I’d probably stop buying 3″ altogether. I just love the detail that gets put on a 9″. Also I love to keep all the vinylmation I buy in mint condition which majority of the time unless it’s open window, means I can’t display 3″. I love the fact that all 9″ are open window and can therefore be displayed very easily. They also came out with a lot of interesting and very cool 9″s this year. If I had to pick a favorite it’d be a tough choice because we have had everything from animation 1 to park 6 and muppets 2, not forgetting jafar from villains 2, rafiki from the lion king, and the Florida project 9″. When it comes right down to it i’d have to say it’s a tie between Sam the Eagle with his tail and Hyacinth Hippo with her tutu. By the way, come on Disney. I’m sure I’m not the only one out there who wants a fantasia set, not fantasia 2000, just Walt’s fantasia.

5. More Detailed Juniors
I’ve never really been into juniors, because until the past 6 months they were never very detailed. All we have to do is compare mini Minnie from villains 1 and junior genie from villains 2, to see how in a 6 month span juniors have become so much more advanced and detailed.

With junior 6 snow white and the seven dwarfs coming out next year, I might have to start collecting juniors.

4. The Florida Project
This was by far my favorite event of the whole year. It was a lot of fun even though like many others i spent the majority of the day in line trying to get orange birds. Even better than an orange bird I finally got one of the highly sought after Hong Kong pirate mickeys.

3. Park Photo shoots
My first three are very closely tied together. This is by far the most fun I’ve had in the parks. I love how many of you love the photo shoots because they are so much fun to do. 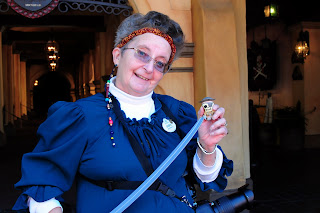 I love thinking up great ideas for pictures, and going around all the parks explaining Vinylmation to potential collectors and getting strange looks.

2. Park Starz
Like the majority of people in the vinylmation universe I am not a big fan of new mold. So this was a nice refreshing breath for me, I absolutely positively love all the characters. And more than anything in the upcoming year I am looking forward to park starz 2 and the variants of park starz.

1. Disney afternoons
My all time favorite vinylmation to date is the Disney Afternoon series. My favorite among them is a tie. I love the way that scrooge and launchpad look but my favorite accessory to date is the skateboard in Goof Troop. I think what makes this my favorite instead of park starz is the experience more than the figures, waiting in line as early as 3 am, playing games and chit-chatting. I am looking forward to gummi bears and would love a second line of Disney Afternoon starting with Monterrey Jack and his sidekick Zipper.