First Releases of the New Year

Ah, it’s a brand new year in Vinylmation. Time to get a fresh start. 2011 saw many changes in our hobby and 2012 will hold many surprises I’m sure. So as we enter our first release day of 2012 I ask, do you collect differently now, than when you purchased your first blind box? I know I do. I began by collecting only a few from each of the Urban and Park sets. Then I branched out into Have a Laugh. Then MC came along and before I knew it I was splitting cases and filling in my sets. I became a completest. Even buying sets I didn’t fully like, but they came out, so I grabbed them. That started to change around Occasions, Celebrations and Sea Creatures for me. With the flood of different products hitting the market, I have made a resolution to be more picky about what I buy. It starts with the 9 inchers. There are many I would have bought 6 months ago that will not see my shelves. I’ve noticed a lot of collectors change their habits as 2011 came to a close. MC would not longer jump at a case with me. I’ve seen many people begin to sell off some of their collection. Our friend Matt over at Vinylmation Kingdom gave himself a $1000 budget for 2012! Good luck with that one buddy. And I’ve also seen some collectors swing the other way. I’ve seen them catch the fever over the course of 2011 and become completionists. I also think Disney has recently shown their hand and many collectors are now just going to sit back and take a chance that the figures they want go deeply discounted online.


Where are you as a collector as the 2012 release schedule begins in earnest?


Technically the release week began yesterday at the Wide World of Sports in Orlando, FL with the two 3″ WDW Marathon/Half Marathon vinyls and the 9″ Goofy’s Challenge. 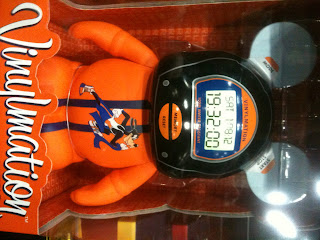 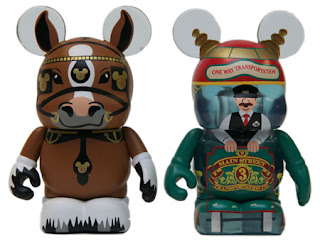 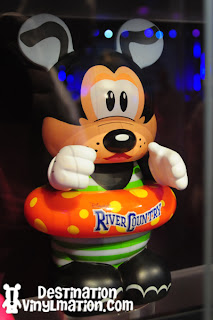 Read all about the history of River Country
Also on the schedule for today at D-Streets are four 9″ Urban 8 figures. 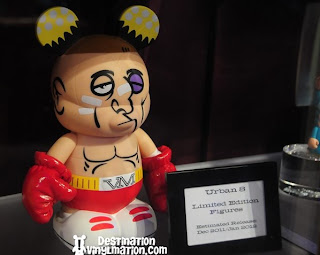 Boxer, Fish Bites, Sabertooth and 50’s Girl. Check them out in full detail here.
Then this weekend is the release of the much anticipated Furry Friends. (Saturday at the Costa Mesa, CA Disney Store and Monday at all Disney Stores). This blind box set retails for $10.95. 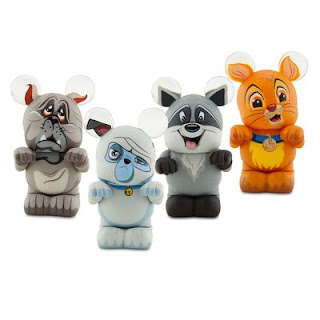